Rescue workers are seen at an entrance to the flooded Shijingshan tunnel. - cnsphoto via Reuters

Zhang Yisheng, vice-mayor of Zhuhai, said the water level of the reservoir has been reduced and the water level inside the tunnel has continuously dropped after effective measures were introduced.

Rescuers have now reached 395.3 metres into the tunnel, 764.5m away from where the workers are trapped as of Friday noon.

"But we have not been able to contact the trapped workers yet," Zhang said at press conference on Friday.

The geological condition in the site is complicated as flood water inside the tunnel not only contains reservoir water but also a large amount of mountain water, and mud also has appeared in the pumping materials, affecting their efficiency, he said.

"The tunnel is narrow and so it is difficult for all the drainage pump trucks to enter into the tunnel and work simultaneously, affecting the drainage speed," he said.

Meanwhile, a large amount of carbon monoxide has been emitted from the long-time operation of pumping and drainage equipment in the tunnel, making the field operation extremely difficult, Zhang said.

But Zhang promised rescuers would continue to spare no efforts to rescue the trapped workers.

Yan Dawu, deputy general manager of China Railway Erju Group Corporation, said his company has sent more than 560 rescue workers and 165 sets of machines and equipment to the site to help.

The Shijingshan tunnel, part of the southern section of Zhuhai's Xingye Expressway, flooded at about 3.30am on Thursday. The 1.78-kilometre tunnel, lying beneath a reservoir, is scheduled to be completed by the end of next year. - China Daily/Asia News Network 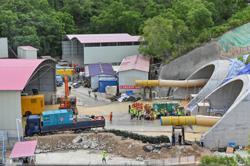 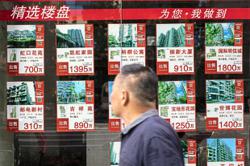