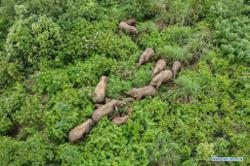 All eyes on them: Officers from the Yunnan Provincial Command of the Safety Precautions of the Migrating Asian Elephants monitoring the herd’s movements in Yunnan. — AFP

The elephants entered Longwu Town in Honghe Hani and Yi Autonomous Prefecture on Friday night and were safe, according to the headquarters in charge of monitoring their migration.

Meanwhile, a male elephant that broke away from the herd was captured and sent back in good condition to its forest home in Xishuangbanna Dai Autonomous Prefecture on Wednesday.

On Saturday, authorities dispatched 346 emergency and police staff, deployed dozens of vehicles and 23 drones and evacuated 2,259 local residents as the elephants continued on their journey.

The authorities also fed two tonnes of food to the elephants.

The herd had travelled about 500km north from its forest home in Xishuangbanna Dai Autonomous Prefecture before reaching the provincial capital Kunming on June 2.

The male elephant had strayed from the herd on June 6 and travelled by itself in the cities of Kunming, Anning and Yuxi, with an activity area of 140sq km and traversing a distance of 190 km.

The animals were mainly fed by locals or foraged for food in villages. — Xinhua 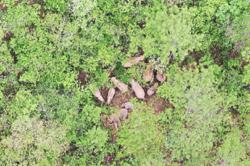 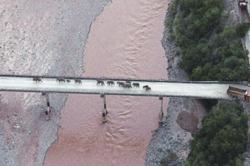