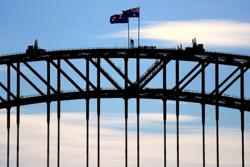 SINGAPORE, July 10 (Bloomberg): Les Amis in Singapore is emerging from a pandemic-forced closure with a bet that the diners who love its gourmet, classic French food will want to replicate part of their three-star Michelin restaurant experience at home.

The restaurant, which is helmed by Chef Sebastien Lepinoy and serves as the flagship for the Les Amis Group, recently completed a renovation. Dining, which had been restricted to couples only, will expand to tables of five from July 12. When they arrive, diners will find items for purchase displayed separately from Les Amis’ in-person menu.

For a group of friends with indulgent tastes, taking advantage of Singapore’s recent Covid easing and increase in allowed group sizes, there’s a 3.75 pound container of Kristal Caviar, Reserve "Les Amis” available for S$4,285 ($3,165), according to the menu on the website.

This isn’t the first foray into the takeaway world for Les Amis. Their olive oil, S$48 ($35.50) for 500 milliliters, has been on offer for months, and is a blend Lepinoy personally developed using five types of olives from Château d’Estoublon in Provence, France.

Now, however, "everyone can come, and just bring home an ice cream,” Lepinoy said.

High-end restaurants around the world have been forced to reinvent themselves during the Covid-19 pandemic, as governments seeking to stem the spread of the virus shuttered eating and drinking establishments. Many have discarded physical menus entirely, opting instead for QR code-enabled digital menus that are easily updated and never need to be cleaned. In New York, Chef Daniel Humm used the interruption to rethink his celebrated Eleven Madison Park entirely, and he reopened it with a plant-based menu.

Faced with another forced closure of dining in, Les Amis decided to bring forward part of its long-planned renovation. While many things changed, the layout was kept similar so the renovation wouldn’t seem too drastic. The focus here was on details, like using marble powder to create textured walls, and improving the quality of the lighting and air conditioning. They also set up a temperature- and humidity-controlled display case for takeaway offerings.

"We don’t want the customer to come and say ‘oh, I preferred how it was before,’” Lepinoy said. "That is always a risk.”

The restaurant even partnered on its chairs with a small firm that works with private jets, who are experts in keeping people comfortable while sitting for the length of an international flight. Les Amis isn’t fast food, so they need to keep guests comfortable given a meal can last a long time.

"They created a special foam for us so people can sit for five hours and not feel tired,” Lepinoy said. "We cannot eat on the same chair if you go to a normal restaurant versus a fine-dining restaurant, because the time spent is totally different.” - Bloomberg
Article type: metered
User Type: anonymous web
User Status:
Campaign ID: 46
Cxense type: free
User access status: 3
Join our Telegram channel to get our Evening Alerts and breaking news highlights 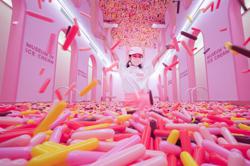