Chinese rover Zhurong and the lander of the Tianwen-1 mission, captured on the surface of Mars by a camera detached from the rover. - Reuters

The videos show the landing rover deploying its parachute and descending to the Martian surface, and its Mars rover Zhurong driving away from its landing platform and moving over the land.

The images include the Martian landscape and the ruts left behind by the rover. 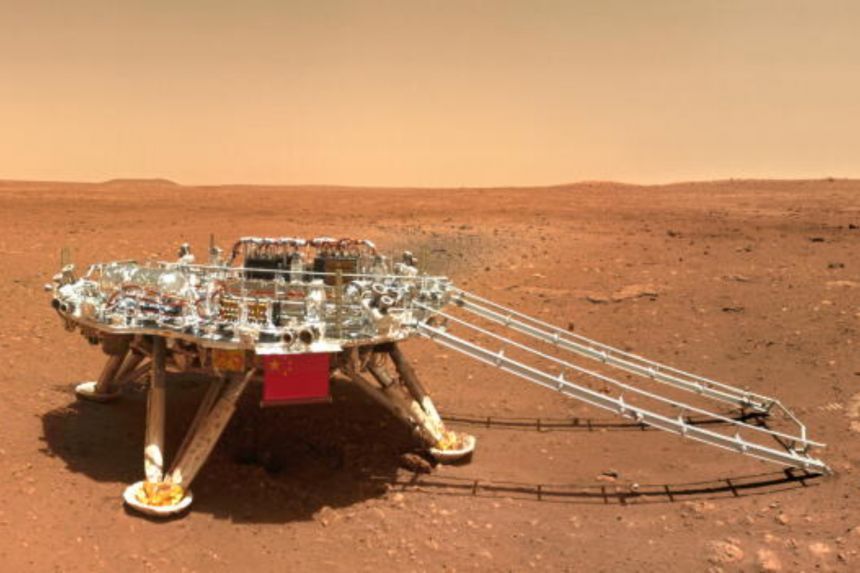 As of the morning of June 27, the orbiter of the Tianwen-1 mission has been operating around Mars for 338 days, and its Earth-Mars distance is approximately 360 million km.

The Mars rover Zhurong has been working on Mars for 42 Martian days and has driven a total of 236 meters.

Zhurong will continue its movement, detection, and scientific exploration missions as planned.

The orbiter will continue to operate in a relay orbit, providing relay communication for the rover's scientific exploration while conducting its own scientific detection operations. - Xinhua 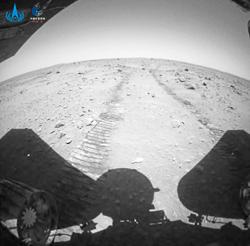