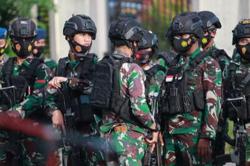 File picture of the coffin of a construction worker who was shot dead by Papuan rebels on June 3, 2021, arriving at Mozes Kilangin Airport in Timika, in Papua on June 5, 2021. - AFP

Tensions have been mounting between Indonesian security forces and guerrillas fighting a decades-long insurgency to win independence from the Southeast Asian nation.

Rescue operations to find another four people being held hostage by the rebels are underway, according to the military and Papua police spokesman Ahmad Musthofa Kamal.

"Our team is on their way to the site," Kamal told AFP on Friday.

It was not clear if all of the hostages were construction workers.

A rebel spokesman could not be reached for comment and AFP was unable to independently verify the account.

Tensions in the conflict-wracked region have soared in recent months, punctuated by deadly clashes after rebels killed Indonesia's top intelligence chief in Papua in April.

Jakarta responded by formally designating Papuan separatists as "terrorists", sparking fears it could open the door to more violence and rights abuses.

The massacre marked an escalation in decades of mostly sporadic skirmishes between poorly armed and disorganised guerrillas and an Indonesian military long accused of gross human rights abuses against civilians.

The subsequent vote in favour of staying part of Indonesia was widely considered a sham. 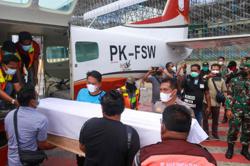