MANILA (Philippine Daily Inquirer/ANN): Philippine Airlines’ (PAL) anticipated filing of Chapter 11 creditor protection petition in New York is targeted on June 29, which would mark a milestone in an effort to save the country’s flag carrier from crushing losses inflicted by the pandemic.

Industry sources with knowledge of the matter told the Inquirer, however, the date was prospective and could be moved to July.

Details on the final rehabilitation plan were not yet available, but the sources disclosed that PAL was targeting to exit Chapter 11 within “months” when travel restrictions were relaxed and more flyers got vaccinated.

Airlines around the world have turned to Chapter 11 filing to weather the ongoing crisis. PAL has delayed its own filing since the fourth quarter of 2020 as it remains in negotiations with creditors and lessors.

The successful filing of a Chapter 11 petition would protect PAL assets, such as planes and engines — typically used as collateral in its loan agreements — from lawsuits that could further derail its path to recovery.

The carrier was also hoping to obtain significant relief from lenders and lessors as other steps are set into motion. These will include reducing the size of its fleet of 97 planes, the revamp of its route network and suspension of some unprofitable long-haul routes.

This made a significant amount of long-term debts demandable over the next 12 months.

PAL’s short-term obligations ballooned by 300 percent to P119.9 billion at the end of 2020. At the same time, lease liabilities stood at P152 billion while long-term debts were at P32.57 billion.

PAL Holdings said in its latest regulatory filing its major stockholder, billionaire Lucio Tan, would raise an additional P24.25 billion, half of which might be sourced from private and government lenders. However, there are still no details on how the additional money will be raised.

Tan had already infused into the airline P17.2 billion since late 2019 to keep the flag carrier afloat.

PAL recorded a capital shortfall of P74 billion in 2020. This grew 13.5 percent to nearly P84 billion in the first quarter of this year. - Philippine Daily Inquirer/Asia News Network 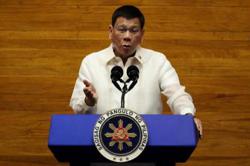 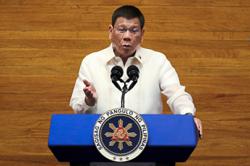