Local residents enjoy an early morning swim along Sanur beach as boats line up to prepare to load passengers to cross to the nearby tourist island of Nusa Penida, on Indonesia's resort island of Bali on June 20, 2021. - AFP

JAKARTA, June 20 (Xinhua): Indonesia is facing a sharp spike in Covid-19 cases one month after the Aidilfitri holiday with the detection of the more contagious Delta variant, as over 12, 000 daily cases were reported for three consecutive days.

Based on the polymerase chain reaction (PCR) tests, the positivity rate also rose to 45.5 percent on Friday and 39.79 percent on Saturday.

"The number of new cases has also increased by 112.22 percent in the last four weeks, while after the long Aidilfitri holiday last year it was only 93.11 percent," Adisasmito said on Thursday. In Kudus, the number of cases jumped by over 30 times within seven days in early June from 26 to 929. Based on whole-genome sequencing tests, 86.11 percent or 62 of the total 72 samples checked in the district were related to the Delta variant.

The latest outbreak also affected 269 medical workers in the district during the post-holiday period.

Windhu Purnomo, an epidemiologist at the Airlangga University in East Java, said the increase in social activities, a lack of compliance to health protocols as well as limited contact tracing were blamed for the spike in cases.

"There are so many people who don't use masks in public places, including in public transportation cars and markets," he said.

The densely-populated capital Jakarta on Saturday recorded additional 4, 895 Covid-19 cases in 24 hours, the highest number during the pandemic. Currently, 89 percent of the 8, 924 special beds for Covid-19 patients have been occupied.

Likewise, the bed occupancy rate in West Java's provincial capital Bandung has reached more than 80 percent, and patients in some hospitals have even exceeded the capacity.

"With this condition, medical workers are overwhelmed and exhausted," said Chairman of the Indonesian Medical Association Daeng Muhammad Faqih.

In order to bring the outbreak under control, Health Minister Budi Gunadi Sadikin said the government is making efforts to improve the disciplines in health protocols, extend micro-scale restrictions and accelerate vaccinations. 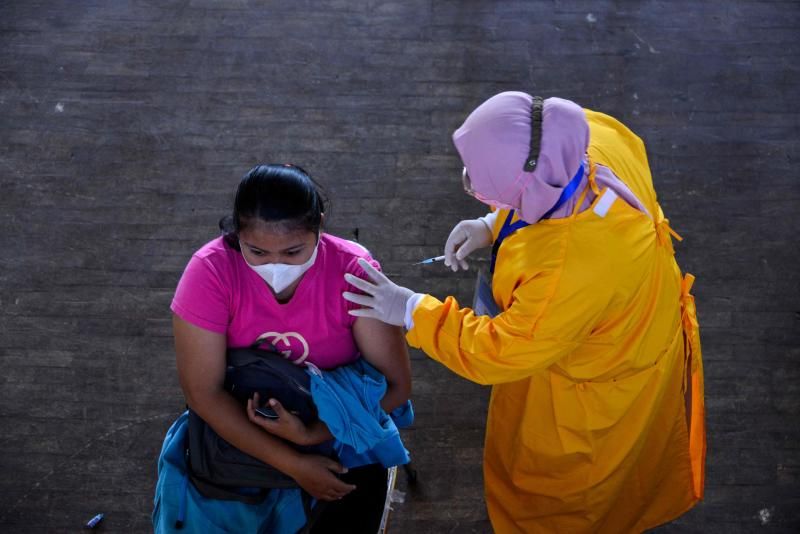 In the micro-scale restriction which has been extended to June 28, offices located in red zones were only allowed to contain a maximum of 25 percent of employees and the rest work from home.

The shopping centers and restaurants is only allowed to operate until 9:00 p.m. local time with a maximum of 50 percent of visitors under strict health protocols.

The Indonesian Society of Respirology's Chairman Agus Dwi Susanto said micro-scale restriction alone was not enough to stop the spike in cases. The most important thing is to prevent the transmission of the virus by imposing large-scale restrictions, he said.

"Without large-scale restrictions, the accumulation of patients in hospitals would continue and medical services would collapse," he warned. - Xinhua 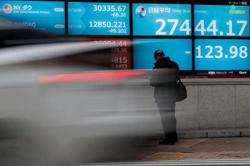