China’s zero-tolerance approach helped control Covid-19, but is it time for an exit strategy?

This is the third in a series about China’s plans to reopen its borders to the world amid the Covid-19 pandemic. Here, Josephine Ma explores whether China’s zero-tolerance prevention and control strategy can hold.

Within days of about 100 new Covid-19 cases being discovered in Guangdong, most cities in the southern Chinese province had tested their entire populations, some more than once.

Although the number of infections was relatively low compared to elsewhere in the world, officials said drastic measures were needed to make sure the outbreak did not spread further since the province was an entry point to the country and served as its first line of defence.

The message was clear: the province of 126 million people would not take any chances when it came to possible transmission of the coronavirus, even if they had to test millions of people and send tens of thousands to hotels for quarantine.

Beijing has touted its zero-tolerance approach to Covid-19, enabled by stringent social control measures and large-scale screening, as a model for containing the pandemic. The approach has gained strong public support and turned around an initial outpouring of grief and anger in the early stage of the crisis.

But more than a year after it first closed its borders, China is facing a dilemma between remaining shut at the expense of international business and trade, or opening up and risking public anger over potential virus transmission from international travellers after locals made sacrifices to contain the pandemic at home. 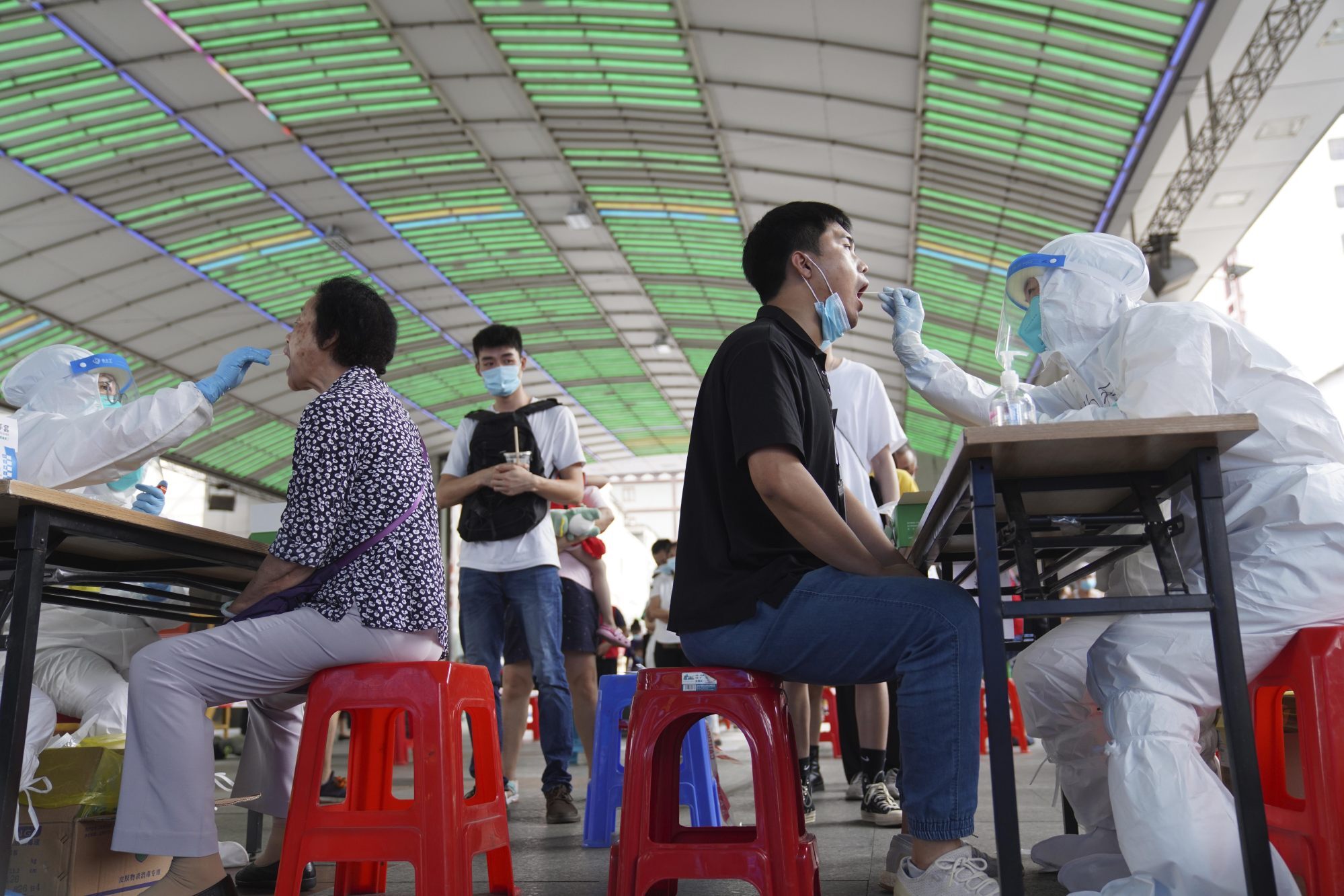 At the start of the pandemic, China’s zero-tolerance approach kept its casualties low and propelled its economic recovery compared with other countries.

This was only possible because the Chinese public complied with pandemic control measures that required personal sacrifices, such as having their movement restricted and daily lives disrupted, for the sake of cutting off local transmissions.

The government has hailed its ability to mandate mass testing and contact tracing and impose lockdowns as a strength of its authoritarian administration and highly centralised decision-making process. President Xi Jinping attributes the country’s containment of Covid-19 to the “superiority of the Chinese political system”.

Covid-19 is very unlikely to be eradicated globally, so all countries will remain at risk, probably for years to come and perhaps indefinitely
Christopher Dye, University of Oxford

Success in extinguishing outbreaks – such as the initial large-scale outbreak in Wuhan and smaller ones in Beijing, Liaoning and Xinjiang – has won the government support.

Months into the pandemic, in April last year, Chinese people expressed more trust in the government after they compared pandemic control measures at home with those of the United States, according to a survey led by York University in Canada.

But strong support for the zero-tolerance policy combined with the sacrifices made to comply with restrictions also means any relaxation of the measures could come at a political cost for Beijing, making it hard to deviate from its current approach.

“The policy creates its own forces that are resistant to change because they are associated with a lot of epidemiological, political, economic, psychological and foreign policy benefits,” said Huang Yanzhong, a senior fellow for global health at the Council on Foreign Relations in the US. “So there’s a strong incentive to sustain what they call hard-won achievement.”

But Nicholas Thomas, an associate professor at City University of Hong Kong specialising in health security, said changes to the policy would come down to political will.

“Is the state itself willing to take the hit? Because up until this point, many states pursued a zero-case approach that justified their restrictions on keeping the people safe, but now it’s opening up and basically saying, ‘Well, people are going to become unsafe’. So that’s a challenge for any state,” he said.

Beijing may not have a choice but to eventually reopen its borders and risk some Covid-19 cases, experts say.

“Covid-19 is very unlikely to be eradicated globally, so all countries will remain at risk, probably for years to come and perhaps indefinitely,” said Christopher Dye, an epidemiology professor at the University of Oxford. “Although sealing national borders has been understandable during the acute phase of the pandemic, I doubt that any country can keep out the virus indefinitely; it will be too costly.”

Lab leak or nature? Debate heats up on the origins of Covid-19 virus

Thomas said zero-tolerance policies should only be taken as a means to create “breathing space” for a country to vaccinate its population, instead of a long-term measure.

“Most of the countries that do this actually do have a pressing need to open up their borders,” he said. “Because without it, they’re not going to be able to ... have sustained economic growth.”

Like other major economies, China has embarked on a mass vaccination programme in hopes of reaching herd immunity. As of Tuesday, the country had administered 924 million coronavirus vaccine doses.

Some major economies, such as the European Union, have already relaxed travel restrictions for vaccinated foreigners. Huang said there could be more pressure for China to change its zero-tolerance approach if businesses and trade sectors in other countries were benefiting from reopened borders elsewhere – particularly in the US.

“Why are you proud of your policy? Because of US failures. But through a successful vaccine roll-out, the United States could be able to contain the spread of the virus and life will go back to normal,” he said. “But if China continues to stick to the zero-tolerance policy and continues to close its border, you are going to see the contrast between the two. People will then question China’s pandemic control strategy.”

Even when the majority of the population is vaccinated, outbreaks can still occur
Mark Jit, London School of Hygiene and Tropical Medicine

Mary-Louise McLaws, an epidemiology professor with the University of New South Wales, agreed that a zero-tolerance approach made sense for countries initially as there was little known about the impact of the novel coronavirus.

But as the virus continues to mutate, McLaws said infections would be inevitable when borders eventually reopened.

“Herd immunity levels may change as the virus mutates until the majority globally have been vaccinated,” she said. “Then we will inevitably still see infection until the rate of mutation slows due to a high enough level of vaccination so mutations occur less rapidly and this can be dealt with fast via booster shots.”

Even vaccinating the majority of the population does not mean a country can be completely free of Covid-19, particularly with the emergence of new variants.

“Covid-19 vaccines give very good protection against severe disease and death due to Covid-19. However, they don’t work so well against mild infections, so even when the majority of the population of a country is vaccinated, outbreaks can still occur,” said Mark Jit, a professor of vaccine epidemiology at the London School of Hygiene and Tropical Medicine.

For China, there are not enough active cases to analyse how well its vaccines would fare in the real world, according to Feng Zijian, deputy director of the Chinese Centre for Disease Prevention and Control. Speaking at a conference in Qingdao earlier this month, he said even if 60 to 80 per cent of the population was vaccinated, there might still be a severe outbreak if China reopened its borders now.

Scientists said a more realistic goal for low-incidence countries was to avoid serious cases and hospitalisation through mass vaccination, while accepting a certain level of Covid-19 in the country – an approach many Western countries are now adopting.

“Countries will likely make different policy decisions based on their level of risk tolerance and economic resilience,” Jit said. “However, in the long term, countries probably will have to accept some level of Covid-19 activity.”

Coronavirus: New York and California reopen as most restrictions are lifted

Dye from the University of Oxford said he saw the idea of zero tolerance “applying not so much to infection, but rather to minimising severe illness and deaths, protecting older and more vulnerable people”.

“If widespread immunity can be maintained in populations, mainly by vaccination, spikes in infection will be more easily controllable; there will be fewer patients in hospitals and fewer deaths,” he said.

For now, there is no sign China will relax its zero-tolerance policy any time soon: its handling of the Guangdong outbreak suggests Beijing is doubling down on measures to ensure the highly transmissible Delta variant, first identified in India, does not circulate in China. Feng also said at the Qingdao conference that China was unlikely to reopen its borders before the middle of next year.

Given the new strains, especially Delta, the pace of reopening should be carefully managed, Thomas said.

“A gradual opening with limited travel to similarly low-incidence countries is going to be essential. They cannot simply open up their borders, even to their closest partners, as the Delta variant is now endemic in all regional countries.”

China also had to see how effective its vaccines were against the new variants, he added.

Steve Tsang, director of the China Institute at SOAS University of London, said Beijing was likely to avoid taking any political risks.

“The pressure may get stronger for some elements of opening for the Winter Olympics in the new year. But even then, Beijing can have a limited opening of the borders, particularly if Japan cannot fully reopen for the Summer Olympics,” he said. “I expect Beijing to play safe in the reopening of borders.”

But experts said it was time for China to work on an exit strategy.

“The public has to also recognise that the trade-off for greater return to economic normality is going to be sporadic outbreaks of the virus,” Thomas from CityU said. “So we really are looking now at ... planning for a disrupted new normal, which also requires greater resilience in our institutions and in our society – and that conversation really hasn’t started yet.” 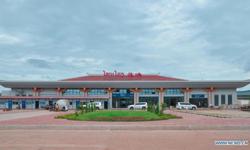