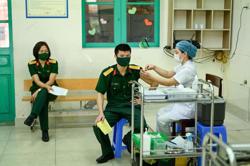 HANOI, June 17 (Reuters): Vietnam has called on the World Health Organisation (WHO) to speed up the COVAX vaccine drive as the country's new daily infections hit a record high.

Vietnam successfully contained outbreaks for most of last year, but a new outbreak that has infected 8, 914 people since late April, or 75% of the total cases, has prompted calls for Vietnam's government to accelerate its vaccination programme.

WHO should speed up vaccine delivery through the international COVAX scheme, Vu Duc Dam, head of the country's COVID-19 task force, said during a meeting with WHO's regional director for the Western Pacific, Takeshi Kasai.

Dam also urged the WHO to accelerate the transfer of vaccine manufacturing technology so Vietnam can become one of the vaccine production hubs in the region.

The WHO said last month it was reviewing a proposal by an unidentified vaccine manufacturer in Vietnam to become an mRNA-based Covid-19 vaccine technology hub in the South-East Asian country.

The country of about 98 million people has received nearly 4 million doses of Covid-19 vaccine, most of which came from the COVAX programme.

Vietnam's domestic inoculations started in March. At least 1.77 million people in Vietnam have had one dose of a Covid-19 vaccine, while 72, 325 have been fully vaccinated, according to official data.

In a separate meeting on Thursday, Dam asked Vietnamese health authorities to speed up testing and inoculations, and tighten control inside quarantine facilities to minimize cross-infection. - Reuters 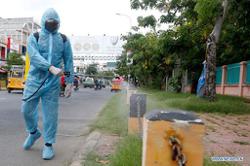