Authorities warn of aftershocks after 6.1 quake 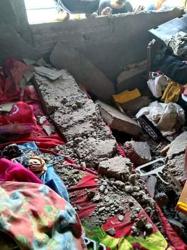 The country’s geophysics agency warned of possible aftershocks and tsunami potential after a 6.1 magnitude earthquake hit near the Moluccas islands, also known as the Maluku islands.

The quake struck at a depth of 10km yesterday. There were no immediate reports of casualties.

“Please move away from the beach and move to higher ground,” BMKG said in a text message, noting that the warning applied especially to Seram Island.

BMKG had initially said there was no tsunami risk but later said a tsunami wave could potentially be triggered by underwater landslides.

“The results of tsunami modelling with a tectonic earthquake source showed that this earthquake has no tsunami potential, but based on observations of sea level... it showed the sea level rose as high as 0.5m,” BMKG said in a statement.

It said 13 aftershocks were recorded following the main quake and was still monitoring the situation.

A local disaster mitigation agency official said there were no report of injured people or casualties so far, but some buildings and public facilities sustained damage.

“Earlier the water level was seen rising briefly, but we have not received further reports yet,” Henri Far Far, the local official said.

Hundreds of local residences ran up nearby hills due to fear of tsunami waves, but many have returned home since, a Central Maluku regency disaster agency official said. — Reuters 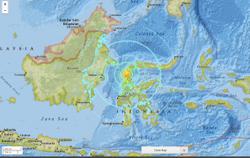