“The VP should avoid involving the Covid-19 surge in Davao City in her attempt at politicking. There will be a proper time to attack my performance as an LCE in this pandemic if she dares to run for president, ” Duterte-Carpio added.

Davao City topped the list of the local government units with the most new cases per day during the period of June 1 to 7, the OCTA Research team said.

Based on a monitoring report from the research group, Davao City recorded an average of 213 new Covid-19 cases from June 1 to 7, or 44 per cent more than the 147 average new cases from the previous week.

Robredo, in a radio interview on Sunday, said the Davao City local government should look at how Cebu City successfully controlled the surge of Covid-19 infections through private sector partnerships and the active presence of the medical community.

“If you look at the spike in Cebu, it looks like it’s controlled, right? It looks like it is controlled and there are a lot of things they did—the partnership there is not just with the LGU but the medical community there is also very active, ” Robredo said.

So, I think the lessons in Cebu are the same. Davao City can pick up some lessons.

In response, Duterte-Carpio said the private sector in Davao City has been “very helpful and has tremendously contributed” to the Covid-19 response there.

Duterte-Carpio added that Robredo should not “attack” the medical community of Davao City as “being inactive” for “it has been silently suffering and working tirelessly to help save lives since March of last year.”

“The Vice President should refrain from giving advice if she knows nothing about what is happening on the ground. This has been the hallmark of her term as VP, where she puts forth comments on matters and affairs she lacks understanding and knowledge on and does not offer anything helpful to solve a problem, ” Duterte-Carpio said in a statement.

She said the Vice President should “open her eyes” to the surge in Covid-19 cases in localities worldwide and “she might be able to say that a surge in cases where 85% of the cases are asymptomatic is primarily identified by aggressive testing, coupled with tracing and isolation/quarantining.” - Philippine Daily Inquirer/Asia News Network 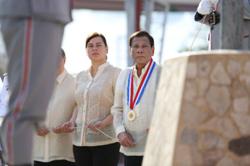 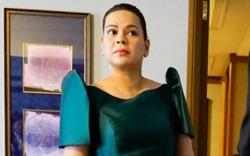