This photo taken from the official website of the Chinese Embassy in the United Kingdom shows the building of the embassy in London.

HONG KONG (Xinhua): The Chinese embassy in the United Kingdom has reaffirmed the importance of genuine multilateralism, adding that global decisions are no longer dictated by a small group of countries.

The spokesperson of the embassy issued the statement on Saturday (June 12) after media inquiries asking for comment about the United States using the G7 summit to bond with other Western countries and safeguard the so-called “rules-based international system”.

“We always believe that countries, big or small, strong or weak, poor or rich, are equals, and that world affairs should be handled through consultation by all countries, ” the spokesperson was quoted as saying in the statement.

“The days when global decisions were dictated by a small group of countries are long gone.”

“There is only one set of rules for the world, that is, the basic norms of international relations based on the purposes and principles of the UN Charter, not the so-called rules formulated by a small number of countries, ” the spokesperson said.

The spokesperson added that there is only one kind of multilateralism and this is the genuine multilateralism “based on the purposes and principles of the UN Charter and international law, and featuring equal treatment, cooperation and mutual benefits, not pseudo-multilateralism serving the interests of a small clique or political bloc.” -

“It is our hope that the relevant countries will take concrete steps to uphold the purposes and principles of the UN Charter, take the initiative to safeguard the core role of the UN, and make real efforts for an early victory over the virus, to respond effectively to climate change and to work for a robust global economic recovery, ” the spokesperson said. 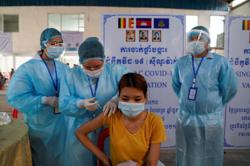