Type 15 lightweight tanks of the Chinese People's Liberation Army (PLA) were spotted participating in a recent exercise in a low temperature mountainous plateau region. This type of tank has significant advantages over other types of tanks or armored vehicles in such regions, experts said. - Global Times

The tank, previously known to be in service with only the PLA Army and deployed for plateau missions, also excels at amphibious landing and fast reaction tasks, making it very suitable for the Marine Corps, analysts explained on Thursday.

A brigade affiliated with the PLA Navy Marine Corps received the Type 15 tank, which is characterized by a black panther logo on its turret, China Central Television (CCTV) reported on Wednesday.

The marines grasped the basic operational method of the new equipment within a month by testing it on the training ground, reading manuals and consulting the manufacturer, the report said.

Having participated in many key missions including multinational joint exercises, escort tasks in the Gulf of Aden and the Yemen rescue mission, the Marine Corps brigade is transforming its amphibious-only role to an all-terrain role, CCTV said, but did not elaborate on the tank's commissioning like the date or the number of tanks.

The Type 15 is the latest entry to the PLA's tank family, and made its first public appearance at the National Day military parade in Beijing in October 2019. Over the past year, multiple batches of Type 15s have been delivered to the PLA Army, particularly the Tibet and Xinjiang Military Commands that safeguard China's western borders with high altitudes and mountainous terrains.

Thanks to its light weight and powerful engine, the Type 15 can operate under many challenging conditions while other main battle tanks cannot. This not only includes plateau regions, but also beaches, forest, water net-intensive areas and in urban warfare, according to military experts reached by the Global Times and Type 15 tank operators who shared their experiences in media reports.

With these advantages, the Type 15 is also a good choice for the Marine Corps, as it could use the very mobile tank in amphibious landing and fast reaction missions, analysts said.

In an amphibious landing, the Type 15 can be transported to the landing zone via landing ships, as the tank can provide strong fire support and cover for the infantry. After gaining ground on the shore, a tank like Type 15 can work better than an amphibious tank when charging into deeper areas due to its higher mobility, Wei Dongxu, a Beijing-based military expert, told the Global Times.

It is also possible for transport aircraft to airlift the tank to the frontline for fast reaction missions, Wei said. 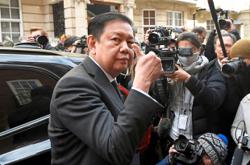