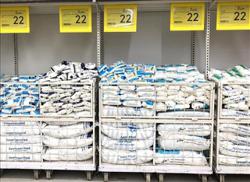 HANOI, May 28 (Reuters): Vietnam will suspend the import of live pigs from Thailand following the discovery of African swine fever in a batch of imported hogs this month, the government said in a statement on Friday.

The move aimed to prevent the disease spreading to the domestic pig herd, the statement said, adding that the suspension will take effect from June 30.

It said African swine fever was found in a batch of 980 live pigs imported from Thailand on May 19.

Vietnam imported more than 500,000 live pigs from Thailand in the second half of 2020, state media reported earlier this year, citing data from the Ministry of Agriculture and Rural Development.

Meanwhile, Vietnam's government earlier this week had approved the creation of a special fund to drive an effective vaccination programme against COVID-19 as the country battles its largest outbreak of the new coronavirus.

The fund "will be responsible for arranging financial resources and materials for the procurement, production and the use of vaccines", the government said in a statement.

It made no mention of the size of the fund, but the Finance Ministry had said last week Vietnam intended to earmark US$1.1 billion to acquire 150 million Covid-19 vaccine doses for its population.

After successfully containing the coronavirus for most of last year, Vietnam is now battling a new outbreak that is spreading more quickly, infecting more than 3,000 people in 30 of its 63 cities and provinces since late April.

The Ministry of Health reported 235 new Covid-19 infections on Wednesday, raising the known total number in the South-East Asian country to 6,086, with 45 deaths.

Vietnam, with a population of around 98 million, began its vaccination campaign in March. It has so far received nearly 2.9 million doses of vaccines and around 1 million have been administered. 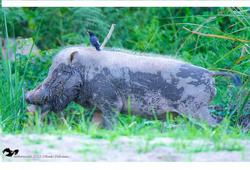