This is the latest move by Indonesia to catch up in the global race to cut greenhouse gases. - Reuters

JAKARTA, May 28 (Reuters): Top thermal coal exporter Indonesia is planning to retire its coal-fired power plants gradually, in a phased move towards becoming carbon neutral, an official from the country's state utility, Perusahaan Listrik Negara (PLN), said on Thursday (May 27).

This is part of PLN's ambition to achieve carbon neutrality by 2060, its deputy president director, Darmawan Prasodjo told a televised hearing in parliament.

Indonesia's government aims to have 23% of energy coming from renewable sources by 2025, up from around 11% as of last year, but progress on renewable projects has been slow.

The first phase of that will see the closure of three coal-fired power plants by 2030 with a combined capacity of 1.1 gigawatts.

Those are the Muara Karang plant in the capital Jakarta, Tambak Lorok power plant in Semarang, the largest city in Central Java, and a gas and coal-fired power plant in Gresik, a regency in East Java.

In 2035, PLN aims to retire its conventional power plants which have a total capacity of 9 gigawatts, Darmawan said.

By 2040, "supercritical" coal-based power plants, or those using less polluting technology, with a total capacity of 10 gigawatts, will be shut.

The final phase of coal retirement will see its "ultra supercritical" coal power plants shut by 2056.

The world's fourth most populous country has over 400 gigawatts potential capacity for sources like hydropower, solar and geothermal, but only around 2.5% had been utilised as of 2020, according to government data. 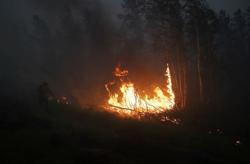