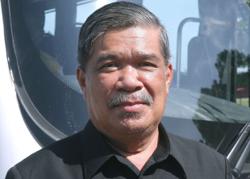 As an activist, legal whizz-kid and Vietnam’s first openly gay candidate running for a seat in its rubber-stamp parliament, Luong The Huy (pic) is determined to lead long-lasting change for the country’s marginalised communities.

Huy, 32, is one of just nine independent candidates running for Vietnam’s National Assembly in elections to be held across the country tomorrow.

But getting his name on the ballot in the communist, one-party state was no simple task.

At the last elections five years ago, more than 100 independent candidates – including dissidents, a taxi driver and a pop star – tried to run, but just a handful made it through the gruelling selection process.

Now that he’s made it this far, he’s clear about what he wants to achieve.

“I want people’s voices to be heard, ” Huy said, sitting in his Hanoi office beside a framed poster bearing the slogan “Human rights are for everyone”.

Huy, who is currently director of Vietnamese NGO iSEE, which aims to empower minority groups to protect and promote their rights, has been campaigning for a decade to improve the lives of the Vietnamese LGBTQ community.

He once addressed a session of the UN Human Rights Council and was listed by Forbes as one of the 30 most inspiring people under the age of 30 in Vietnam.

But despite studying law – Huy got a scholarship from the US’ Fulbright Program to study at the University of California – he says he has struggled to bring policy to the people who matter in Vietnam’s opaque governmental system.

“If I’m a member of the National Assembly, that path will be shorter, easier and more convenient for the community groups we serve, ” he said.

Vietnam is seen as relatively progressive on LGBTQ issues compared with some other countries in Asia.

But although the country lifted its ban on same-sex marriage in 2015, it stopped short of full legal recognition for those unions, and a long-promised transgender law to allow legal gender changes has not yet materialised. — AFP