Show of defiance: A Buddhist monk taking part in a protest against the military coup with others in the northwestern town of Kale. — AFP

TWO officials at the Myanmar embassy in Tokyo have become the latest diplomats dismissed by the junta after protesting against the military coup in their country, Japan’s Kyodo news agency reported.

Administrator Aung Soe Moe and a junior colleague were fired after they went on strike, the agency said yesterday.

Citing a leaked document, Kyodo said some 100 Myanmar diplomats around the world have been dismissed after opposing the coup.

Myanmar’s military ousted civilian leader Aung San Suu Kyi in February, triggering a massive uprising that authorities have sought to quell with lethal force.Kyodo said the two diplomats left the embassy compound on March 11, days after posting on Facebook in support of peaceful anti-junta protests. They did not resign but had their diplomatic status and passports revoked, and were living in Tokyo with the help of other Myanmar nationals, Kyodo said.

“The foreign ministry is studying what kind of response is appropriate, giving consideration to Myanmar’s current situation, ” Kato added.Japan has criticised the coup in Myanmar and called for the restoration of democracy, but it has faced pressure to stake out a stronger position on the crisis.

In April, pro-junta diplomats seized the country’s embassy in London – leaving the ambassador locked out after he called for the release of Suu Kyi.

Other Myanmar diplomats, including at the United Nations and in Berlin, have faced similar threats or oustings over their protests.

Japan has strong economic ties with Myanmar and long-standing relations with its military.

Last week, a Japanese journalist arrested while covering the aftermath of the Myanmar coup was released in a diplomatic gesture and returned to Japan.

Japan, a top aid donor to Myanmar, announced in March that it was suspending new assistance in response to the coup, but stopped short of the sanctions imposed by some nations on military and police commanders.

Meanwhile, France yesterday called for an urgent delivery of humanitarian aid to people taking refuge in camps in northwest Myanmar to escape the fighting between the army and insurgents.

India said this week that over 15,000 people had crossed the border to seek refuge there, but residents in Chin State said many of the most vulnerable were sheltering in camps around the town of Mindat.

“Children and the elderly make up a big proportion of the groups. Some didn’t have sandals. They trekked through the forest barefoot for days, ” said a resident helping look after the displaced.

He said villages around Mindat were looking after about 2,000 displaced people in camps and churches, while access to the town that was once home to more than 40,000 people had been blocked.

“We will face food shortage in a week, ” said the resident, adding that petrol supplies were running out.“The restoration of access to water and electricity, as well as the delivery of humanitarian aid for population in need are an immediate necessity, ” the French Embassy in Myanmar said. — Agencies 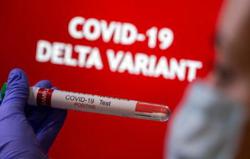