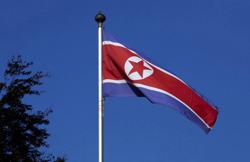 South Korean President Moon Jae-in waves from the steps of his plane as he leaves for the United States at Seoul Air Base in Seongnam, south of Seoul, on May 19, 2021. - AFP

WASHINGTON (The Straits Times/ANN): South Korea President Moon Jae-in will be the first foreign leader to attend a Medal of Honour ceremony in the White House on Friday (May 21), where 94-year-old retired US Army colonel Ralph Puckett Jr will be celebrated for his acts of conspicuous gallantry during the Korean War when he was just 24.

The event will underscore what a senior administration official on Thursday described as an ironclad commitment to the United States-South Korea alliance dating back to the particularly bloody war between 1950 and 1953, which left the peninsula divided.

President Moon's summit with US President Joe Biden in Washington during the five-day trip is expected to produce a deepening of the bilateral alliance that is "the linchpin of peace, security and prosperity for North-east Asia and the free and open Indo-Pacific", the official said, using the term "ironclad" three times to describe the alliance.

The leaders will also discuss efforts to deepen cooperation on the pressing challenges of global health, climate change and advanced technology, the official said.

US Commerce Secretary Gina Raimondo will host a round-table discussion as well with her Korean counterpart.

President Moon is accompanied by a number of chief executives from the private sector, who are "bringing substantial commitments" in terms of investments in technology, batteries and semiconductors, among others, the official said in a briefing for reporters.

The official said Biden's summit with Moon is part of the US' "overarching engagement at the outset with the Indo-Pacific".

Senior officials had travelled to Japan, South Korea and India in the early days of the Biden administration. Biden had also convened the first-ever summit of the four countries known as the Quad grouping, comprising the US, Australia, India and Japan.

"We believe this indicates the importance of the region and our overarching engagement with building back better... addressing pandemic issues and working closely with allies and partners," the official said.

He declined to reveal details of policy statements on China or North Korea during the summit, but said that the US and South Korea saw eye to eye on security challenges in the region.

"Our goals remain the complete denuclearisation of the Korean peninsula," he said, but added that "with the clear understanding that the efforts of the past four administrations have not achieved this objective, our policy will not focus on achieving a grand bargain nor will it rely on strategic patience".

The official said: "Our policy calls for a calibrated, practical approach that is open to and looks for diplomacy with the DPRK that makes practical progress that increases the security of the US, our allies and our deployed forces."

The US wants to be flexible and learn from past efforts, he added. "The goal here is to understand that this process is likely to be challenging, and to give ourselves maximum flexibility."

Moon will be the second foreign leader to meet Biden, after Japanese Prime Minister Yoshihide Suga did so on April 16. - The Straits Times/Asia News Network 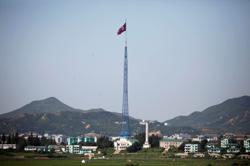 Covid-19 Watch: 13,104 new cases on Sunday (Sept 26), Sarawak top with 2,943
Covid-19: Over 30% of students aged 12 to 17 have received first dose of vaccine, says Dr Mah
Singapore: Three more seniors die due to Covid-19 complications; govt announces 82% of population full vaccinated
China's Chengxin and Tsingshan team up for US$350 million Indonesia lithium project
Thailand aims to administer one million doses of Covid-19 vaccine a day
Once a scavenger and then an actor, popular Manila mayor Isko Moreno is now eyeing Philippines' presidency
Cuba kicks off Covid-19 vaccine exports with shipment to Vietnam
Pfizer/BioNTech Covid-19 vaccine safe for primary schoolkids
Huawei's top executive lands in China after deal with US
China eliminated malaria. Could it be a model for the rest of the world?