HANOI, May 18 (Vietnam News/ANN): The pandemic is now under control nationwide without any new clusters of unclear origin, Prime Minister Pham Minh Chinh told permanent Government members during a meeting in the capital.

In spite of Covid-19, the country was still doing well in realising the dual goals of containing the pandemic and developing the economy, he said.

"Buying Covid-19 vaccines is a necessary and urgent task that must be carried out immediately," he said regarding the Ministry of Health (MoH)’s plan to buy the Pfizer Covid-19 vaccine.

Minister Nguyen Thanh Long said Pfizer did not agree to negotiate the price or contract conditions, and the Vietnamese side must reply to the company on May 18 at the latest.

Pham said procuring Covid-19 vaccines is necessary and urgent as stated by the Politburo and the Party Central Committee’s Secretariat in Official Dispatch No 50-CV/TW, dated February 19, and the Government in Resolution No 21/NQ-CP, issued on February 26.

In the spirit of “combating the pandemic is like combating the enemy” and facing the global shortage of Covid-19 vaccines, he requested the MoH and other ministries and sectors to uphold their sense of responsibility to carry out measures to obtain vaccines as soon as possible. 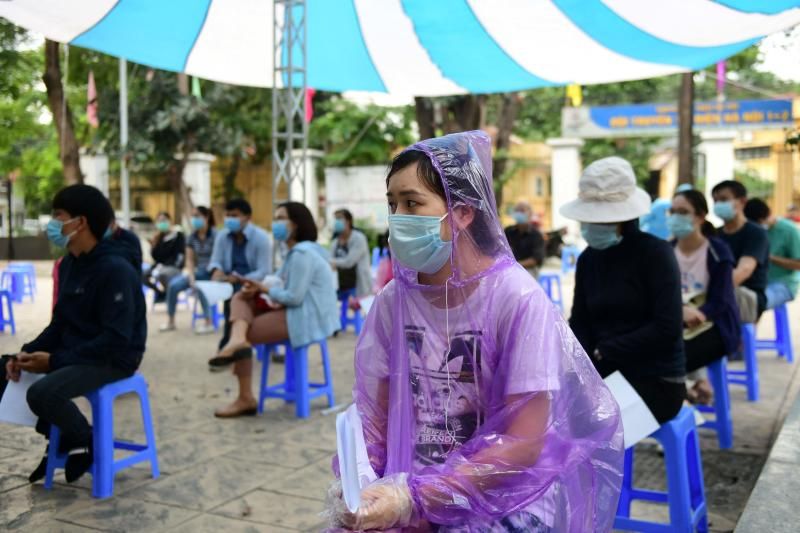 As this is an emergency situation, the vaccine procurement must be handled in line with legal regulations on special and urgent circumstances and conducted immediately, the Government leader added.

PM Pham urged the entire political system and people to take a more swift and drastic approach to driving back the virus.

The PM admitted that during this outbreak, new variants are spreading more quickly in cities and provinces, especially in industrial parks, putting pressure on the country ahead of the upcoming elections of deputies to the 15th National Assembly and People’s Councils for the 2021-26 tenure.

PM Chính pointed out that the pathogen started in the community, showing loosened immigration and quarantine management. Some units and localities have let down their guard.

He asked for imposing strict penalties on violations.

Some other agencies and localities did not fully prepare available resources, so when the pandemic broke out again, they were not ready, lacking supplies, products and staff. The Cabinet leader also praised Hanoi, Da Nang and Vinh Phuc, which had experience in combating the pandemic, for responding very quickly while blaming some agencies, units and localities for a passive response.

Meanwhile, Vietnam reported 134 new Covid-19 cases as of 6pm on Tuesday, including 133 locally transmitted and one imported, raising the total confirmed cases in the country to 4,512, according to its Ministry of Health.

Most of the infections are contacts of previously confirmed patients or linked to the clusters of infections in the localities.

The imported case is a South Korean expert who recently entered the country from abroad and was quarantined upon arrival.

In a bid to curb the spread of the epidemic, social distancing measures have been imposed in several areas in Bac Giang and the nearby Bac Ninh province, the country's Covid-19 hotspots at the moment, from Tuesday.

Bac Ninh province, with more than 300 cases in the community so far, decided to apply social distancing in its Bac Ninh city and Que Vo district from Tuesday to Thursday. The rules aim to concentrate on the checking and testing in as well as the zoning of affected areas.

As many as 2,687 patients have so far recovered, up 19 from Monday, and over 122,600 people are being quarantined and monitored.

As of Tuesday, Vietnam has recorded a total of 3,042 domestically transmitted Covid-19 cases, including 1,472 detected since the start of the latest outbreak in late April, according to the ministry. - VIetnam News/ANN