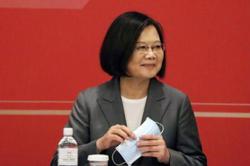 A healthworker registers a boy who has tested positive for the coronavirus disease (Covid-19) before he is sent to a hospital, in Bangkok, Thailand May 17, 2021. - Reuters

SINGAPORE, May 17 (The Straits Times/ANN): Thailand registered its single biggest daily spike in Covid-19 cases on Monday - stemming largely from outbreaks in its overcrowded prisons - even as it eased some physical distancing rules.

A total of 6,853 of the 9,635 cases reported were found in prisons scattered across the country, including in up north Chiang Mai province and Thonburi in central Thailand. Another 25 people died from Covid-19, bringing the total number of deaths so far to 614 with 111,082 cases.

The record number of infections came just as the Thai government allowed restaurants in the most affected provinces – Bangkok, Pathum Thani, Samut Prakan and Nonthaburi – to serve dine-in customers to up to 25 per cent their capacity from Monday.

They were restricted to takeaway services from May 1, prompting business owners to clamour for aid.

Alcohol is still banned within eateries nationwide and working from home encouraged until the end of May.

“We considered health concerns with economic and social concerns, and followed what has been implemented in other countries, ” Dr Suwanchai Wattanayingcharoenchai, director-general of the Department of Health, said. “All other strict measures, like temperature checking, distancing and mask-wearing within the premises continue to be enforced.”

Among the infected inmates, over 3,000 were found in Chiang Mai.

“The situation we have is that facilities are overcrowded. It’s very difficult to cope with the outbreak when they live in a confined area, ” said justice minister Somsak Thepsuthin.

“If things do not improve we might consider special releases under probation to reduce their numbers," he added.

Officials say they will continue pro-actively testing people in high risk areas like construction sites to detect and stamp out active clusters. Construction sites found with infected individuals will be locked down. Meanwhile, the Office of the National Economic and Social Development Council, the state planning agency in the kingdom, has lowered its full year growth forecast by 1 percentage point, from 2.5-3.5 per cent to 1.5-2.5 per cent.

Asean’s second largest economy saw its economy shrink 2.6 per cent in this quarter (2021) compared to the same period last year, it said on Monday.

Thailand’s third Covid wave had earlier compelled the government to lengthen the quarantine period for all incoming visitors to 14 days. Before May 1, arrivals needed to self-quarantine for just 10 days, or seven if they are vaccinated.

Tourism dependent Thailand however, is still forging ahead with plans to allow vaccinated foreign tourists to enter selected holiday spots without quarantine requirements starting from July 1.

It says it is expediting the vaccination process for residents in Phuket, the pilot province for this scheme. At least 70 per cent of its residents need to be inoculated for this plan to go ahead.

As of May 11, some 22 per cent of Phuket’s population had been fully vaccinated.

The government also plans to expand this scheme to other popular tourist destinations like Krabi, Phang Nga, Samui island, Chiang Mai and Pattaya by October.

As of Monday, some 782,000 people in Thailand have been fully inoculated, and largely with the Chinese-made Sinovac vaccine. The bulk of Thailand’s free vaccination programme is expected to start only next month when locally produced AstraZeneca vaccines come on-stream.

The Thai government had initially asked Thais to register in advance for vaccinations, but promised to facilitate walk-in jabs if enough doses are available on site.

The relatively slow pace of the programme prompted calls for the government to ease the rules to allow the private sector to import other brands of vaccines. - The Straits Times/ANN 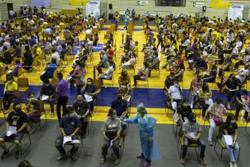 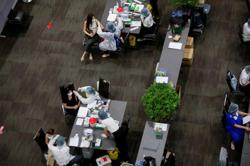