Standing against injustice: Scores of protesters taking part in a demonstration in Hpakant in support of Mindat, a town in Chin state, where a civilian defence force has clashed with the military. — AFP

Six opposition rebels have been killed after days of clashes in Myanmar, an anti-junta defence force made up of civilians said, as Britain and the United States condemned the military’s violence against civilians.

The country has been in an uproar since the military ousted civilian leader Aung San Suu Kyi in a Feb 1 coup, triggering a massive uprising which authorities have sought to quell with lethal force.

Some in the anti-junta movement have set up local militias armed with home-made weapons to protect their towns from security forces – which have killed at least 790 civilians according to a local monitoring group.

In the western state of Chin, the town of Mindat has emerged as a hotspot for unrest, where some residents have formed the Chinland Defence Force (CDF).

“Six members of our CDF who tried to protect the security of the people in Mindat attacked (junta forces) and sacrificed their lives for the national revolution, ” said a CDF statement yesterday.

A spokesman also told AFP that over 10 have been wounded this week, while five Mindat residents were arrested by the military.

With mobile data blocked across the country, details about the fighting have been slow to come out, and on-the-ground verification is made harder as locals are fearful of retaliation.

The spokesman, who declined to be named, said CDF fighters set fire to several army trucks, destroying them, and ambushed reinforcement troops, while the military has attacked the town with artillery.

By yesterday, the CDF had retreated into the jungle, he said. 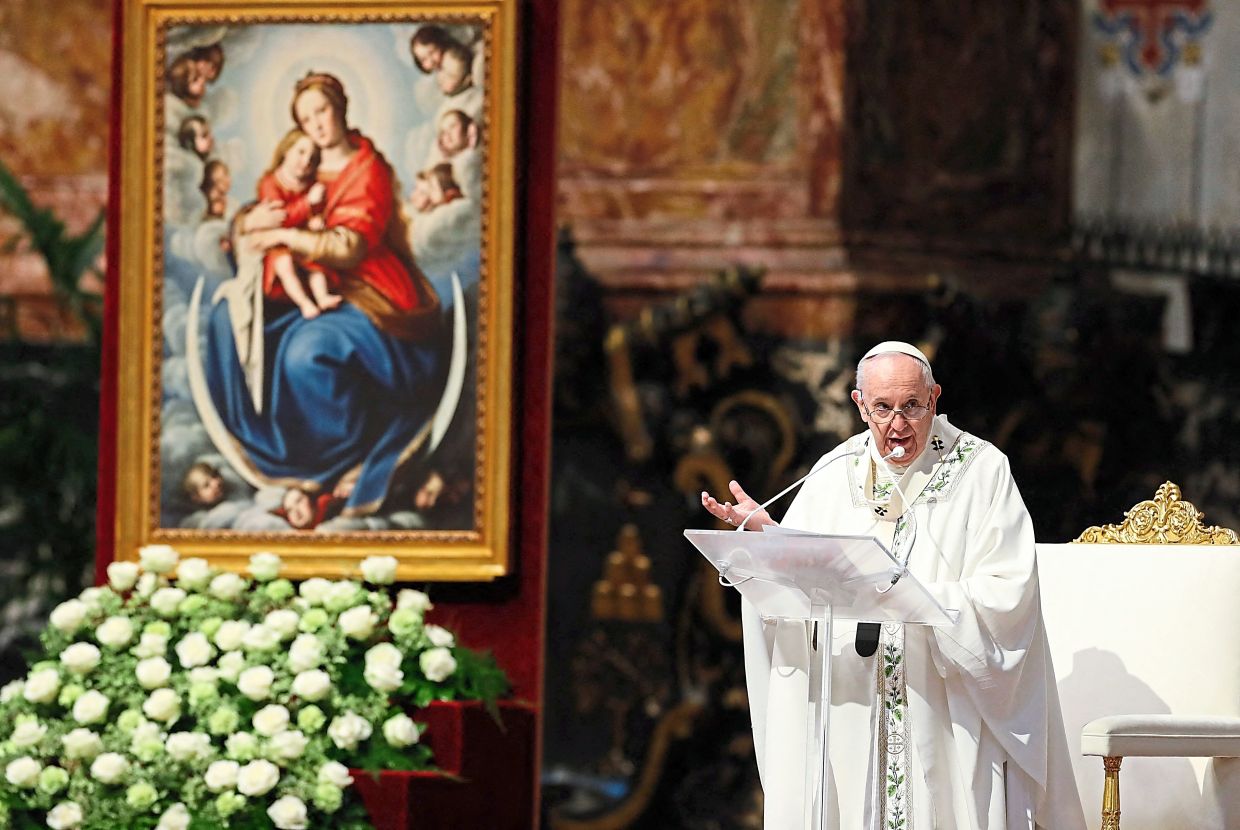 Love... don’t hate: Pope Francis celebrating a Holy Mass for the Myanmar community in Rome at St Peter’s Basilica in The Vatican. — AFP

“We will not stay any more in the town... but we will come back to attack soon, ” he said. “We only have home-made guns. This was not enough.”

He added that residents remaining in Mindat – which has been under martial law since Thursday – were afraid to leave their homes for fear of being targeted by the military.

The US and UK embassies in Myanmar sounded the alarm on Saturday on Mindat’s unrest, calling for security forces to cease violence.

“The military’s use of weapons of war against civilians, including this week in Mindat, is a further demonstration of the depths the regime will sink to to hold onto power, ” the US embassy said in a tweet on Saturday.

“Attacks on civilians are illegal and cannot be justified, ” said the British embassy, referring to reports of violence from Mindat.

“Evidence of atrocities should be sent to the (United Nations Independent Investigative Mechanism for Myanmar) so perpetrators can be held to account, ” the embassy tweeted, referring to a committee that collects evidence of international crimes.

State-run newspaper New Light of Myanmar reported yesterday that a military tribunal would be convened to try “perpetrators of terrorist attacks” in Mindat.

Security forces saw multiple attacks which left one man dead, said the newspaper, and an ambush on Friday by “1,000 rioters” killed some soldiers – though it did not say how many.

Across the country, anti-coup protesters continue to march for democracy – with demonstrators in northern Hpakant holding signs that said “Stay strong, Mindat”.

Meanwhile, Pope Francis said yesterday, “The people of Myanmar must not despair in the face of evil or allow themselves to be divided.”

Francis, who visited the Myanmar in 2017, has repeatedly denounced the coup and held a special service for the Myanmar faithful in St. Peter’s Basilica.

“Your beloved country of Myanmar is experiencing violence, conflict and repression, ” the pope said in a toughly worded homily.

He also urged the people of Myanmar not to yield to “the logic of hatred and vengeance”, nor to compromise their values. Unity was vital, he said. — Agencies 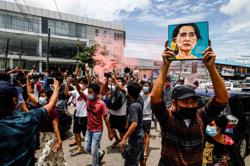