A woman is vaccinated against the coronavirus disease (Covid-19) with AstraZeneca vaccine at the Sacred Heart of Jesus Parish in Quezon City, Metro Manila on Monday (May 17, 2021). - Reuters

MANILA, May 17 (Philippines Daily Inquirer/ANN): A pandemic scenario similar to India, which has been seeing a massive surge in Covid-19 infections, is “very, very possible” in the Philippines, Senator Richard Gordon said Monday.

“An India scenario is very, very possible here, especially [that] it’s a very vicious virus that they have there, ” he added.

Gordon serves as chairman of the Philippine Red Cross, which has been very active in Covid-19 testing and tracing in the country amid the pandemic.

India has been seeing aggressive virus resurgence with the discovery of the so-called double-mutant variant in the South Asian nation.

Gordon stressed the importance of ramped-up testing and tracing as well as vaccinations.

“What should we be looking out for? Well, testing, are we doing our job? That’s your dashboard. Are we doing a decent job testing?” he asked.

According to the senator, the country got “overconfident” when restrictions were first relaxed.

“Look at what happened to us, we were lazy in terms of policing our people. All you have to do is [ask] ‘Do you have a mask?’ and if you don’t have a mask, the government should constantly provide masks, ” he said. 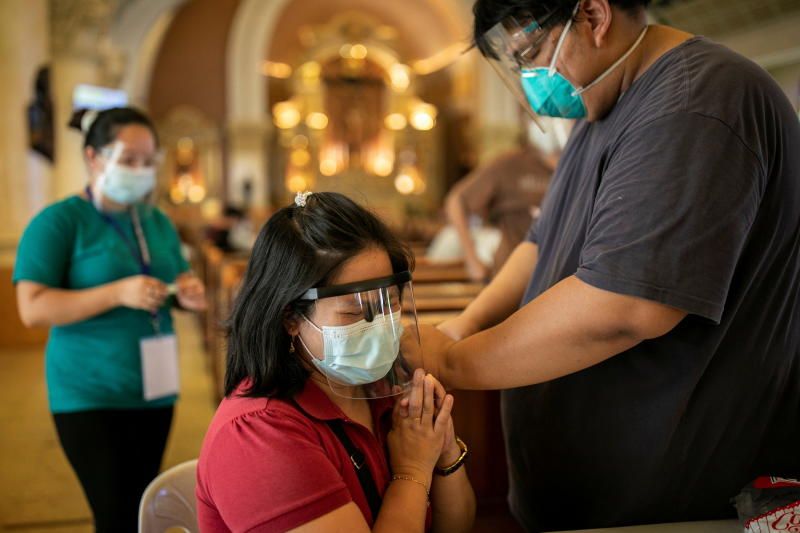 “If I had my way, I would even give a bar of soap and also, exaggeratedly enough, even a meter stick so that people are not gonna come near them. There are many things that we can do, not eating together, that’s important. Again, tracing. How can you fight something that you do not know who it is, ” he added.

He said it was important to trace possible Covid-19 cases to determine the “severity of the pandemic” in an area.

“It’s like a crime report. You have a crime map and you show where the severity of the pandemic is hitting particular communities and you go in there, lock it down before it spreads, and lock perhaps an extra few kilometers from that area and start testing everybody so that you prevent it, ” Gordon said.

The Philippine Department of Health (DOH) reported 5,979 new Covid-19 infections on Monday (May 17), bringing the total number of confirmed cases in the South-East Asian country to 1,149,925.

The death toll climbed to 19,262 after 72 more patients died from the viral disease, the DOH said.

The Philippines, which has about 110 million population, has tested over 11.8 million people since the outbreak in January 2020.

The health care utilization rate in Metro Manila is "on the safe zone" now after weeks of steady surges in infections, Health Undersecretary Maria Rosario Vergeire said in an online briefing on Monday, adding that some areas in the capital "remain at high risk."

The health care utilization rate refers to the bed occupancy in the intensive care unit, the isolation facilities and the hospital wards.

Vergeire said the country's average number of daily cases has also dropped from around 10,000 during the peak to more than 5,000.

The Philippines placed Metro Manila and its four adjacent provinces under strict lockdown on March 29 after the COVID-19 cases soared. The government eased the restrictions over the weekend.

The DOH urged the local government units to implement safety measures to curb the infections strictly. "Let us not be complacent and continue the detection and isolation of patients to reduce the infections," Vergeire added. - Philippines Daily Inquirer/ANN