Foreign investment has contributed actively to China's economic development since its reform and opening-up more than 40 years ago, while foreign enterprises have also fully benefited from China's development, he said.

In the 14th Five-Year Plan period (2021-2025), China will accelerate the building of the new "dual circulation" development paradigm, in which domestic and overseas markets reinforce each other, with the domestic market as the mainstay, according to Wang.

The new development paradigm, which is by no means a closed domestic loop but more open domestic and overseas circulations, is expected to provide more opportunities for foreign companies, said the minister.

For the next stage, the commerce ministry will work with relevant departments and local authorities to enhance communication with foreign companies and chambers of commerce to deal with their problems in a timely manner and provide better service for foreign enterprises.

Foreign companies participating in the symposium hailed China's efforts in continuously improving the business environment in recent years, saying that they are willing to take part in China's building of the new development paradigm and increase investment in China.

China recorded a 4-percent growth in foreign direct investment (FDI) inflows last year, making it the largest recipient of FDI in the world, according to a report from the United Nations Conference on Trade and Development.

In the first four months of 2021, FDI into the Chinese mainland, in actual use, surged 38.6 percent year-on-year, data from the commerce ministry showed. - China Daily/Asia News Network 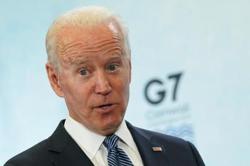