A wake-up call for anti-China forces in India, the EU: Global Times

BEIJING (Global Times/ANN): A prominent member of the European Parliament, Mick Wallace, recently called on the EU to stop using "shared values" as a cover to engage India and use the country as a geopolitical tool to contain China's development, which is "exactly what the Americans want to do when it comes to India."

The EU should play an independent role when engaging India, and the idea of using India "as a vehicle to stop China as if China was the baddie and India was the goodie is absolute nonsense," Wallace said, pointing out that "the Chinese have performed miracles with challenging poverty unheard of in humankind."

At a time when anti-China forces, including those in the EU, are busy fabricating and hyping up human rights lies to vilify China, Wallace's comment is not only refreshing but also very effective in exposing the hypocrisy and double standards of these forces.

The truth is that China's development is never a threat to any country or region, and malicious geopolitical schemes aimed at containing China's peaceful development will eventually backfire.

Under the US' strategic pivot to Asia, countries have been lining up to draw different versions of so-called Indo-Pacific strategies.

Objectively speaking, the world is undergoing profound changes unseen in a century, with global economic vitality, value chains and other vital international issues shifting toward the Asian-Pacific region.

Facing this shift, the US, seeking to cling onto its hegemony, has been attempting to use unilateral actions and gang up with its allies with "shared values" to suppress China. India, the self-claimed world's largest democracy, emerges as a strategic tool for the US and its followers to counter China.

The US-led clique's cajolery indeed can win India some advantages, or to some extend help raise India's international status; but what's becoming increasingly clear is that even with the backing of Western developed economies, India will not be able to counter or replace China's role in the global value chain.

The development of global industrial chain is based on economic rules, which cannot be manipulated by a handful of Western powers. That has already been established.

Some Indian politicians had been dreaming about taking advantage of the US' anti-China campaign and the initial outbreak of the Covid-19 in China last year to replace China's production capacity. Evidently, a dream is all that was.

China again became India's largest trading partner in 2020, which should be a loud wake-up call for the short-sighted Indian politicians. In fact, as neighbours, China and India enjoy strong complementarities in economic and industrial structures, which can benefit both sides.

It is cooperation with China instead of confrontation that will benefit India's development. If it joins the US and others to counter China, India is nothing more than a strategic tool.

The same logic applies for Europe when it comes to policies toward China. As China's second largest trading partner, total bilateral trade surged 32.1 per cent year-on-year in the first four months.

The importance of maintaining a close relationship with China for European industries is plain for all to see especially when the global economy is still struggling in the pandemic quagmire.

However, even as European business groups are eagerly waiting for an early implementation of the Comprehensive Agreement on Investment (CAI), some EU politicians have been trying to hinder the progress by fabricating groundless human rights lies about China, pandering to the US' anti-China scheme and dimming the prospect of European businesses.

The CAI is mutually beneficial for the EU and China. For the EU, pushing for the early implementation of the hard-fought agreement is in the bloc's core interests.

The cold war era has ended. Ganging up against China under the guise of "shared values," as Wallace pointed out, goes against historical trend and will only end up hurting themselves in the long run. - Global Times

* The article was compiled based on an interview with Qian Feng, director of the research department at the National Strategy Institute at Tsinghua University. bizopinion@globaltimes.com.cn 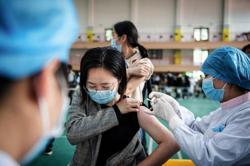