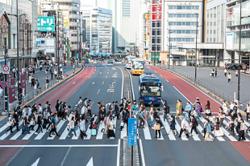 TOKYO, May 10 (The Japan Times/ANN) - The pandemic seems to have accelerated a decadeslong effort to decentralize the Japanese political apparatus or, at the very least, demonstrated the myriad pitfalls and shortcomings of that process.

Since the onset of the coronavirus, the balance of power has oscillated between the central government and prefectural governors. While the former retains the authority to declare, expand, extend or lift a state of emergency — and did so unilaterally in the early stages of the pandemic — now it will do so only when requested by regional leaders.

Prime Minister Yoshihide Suga announced last week that the country’s third and ongoing state of emergency will be extended until May 31 in Tokyo, Osaka, Hyogo and Kyoto prefectures, and expanded to Aichi and Fukuoka.

He did so at the behest of each respective governor, most of whom submitted formal requests for said actions.

When the time comes to lift the order, however, past precedent suggests the central government will do so under its own initiative.

The shifting dynamic is not only propping up governors as accidental heroes, it’s also damaging public trust in the central government, thereby spreading confusion and dulling the impact of noncompulsory countermeasures.

The trend, experts say, could have a lasting impact on the country’s democracy.

“It’s a problem in and of itself that the central government always has the lower hand, but the bigger issue is that nobody can tell who bears the most responsibility for the declaration of a state of emergency, ” said Takero Doi, a professor of economics at Keio University and a senior fellow at the Tokyo Foundation for Policy Research. “The distribution of power in modern Japan has generally been dealt with on a case-by-case basis, but people are seeing that more clearly now.”

In contrast to the current situation, then-Prime Minister Shinzo Abe declared the country’s first state of emergency in a handful of prefectures in April last year before expanding it nationwide.

One month earlier, a revision of several virus-related laws made it possible for the prime minister alone to make the declaration, then authorize governors to take action.

That process has been effectively flipped, in large part due to the change in the central government’s leadership, as well as the administration’s approach to fighting the virus and its relationship with the country’s most assertive governors.

In January earlier this year, it was a joint request submitted to Suga by the governors of Tokyo, Kanagawa, Chiba and Saitama that set in motion the country’s second state of emergency. That was later expanded to seven more prefectures, then extended in all but one.

Since then, virtually all new coronavirus countermeasures have been declared or handed down at the request of prefectural governors. And yet, those same measures have been lifted, their deadlines extended and their scope expanded by the central government.

As a result, governors appear prudent for demanding strong measures, while the prime minister seems timid or culpable for belatedly strengthening inadequate measures or lifting them prematurely.

“The central government has gradually delegated — rather uncharacteristically — a significant portion of its power to governors since the pandemic began, ” said Yasushi Aoyama, former vice governor of Tokyo and a professor of political science at the Meiji University Graduate School of Governance. “As a result, it’s no longer clear who has final say on new countermeasures, and distrust in the central government is growing while governors continue to gain popularity with the public.”

When a rebound in new cases emerged soon after the order was lifted ahead of schedule in a number of prefectures, the central government was blamed for doing so prematurely.

Top political leaders such as Suga, Tokyo Gov. Yuriko Koike and Osaka Gov. Hirofumi Yoshimura insist the country is moving forward in unison as “one voice, ” but the public might not see it that way.

“The reality is that the central government and governors are fighting over power, ” Aoyama said.

The topic of decentralization revives an old debate. The existence of a powerful central government allows for a cohesive, nationwide response, but decentralized authority inspires a more tailored strategy, one with measures appropriate for unique situations in different regions of the country.

The philosophical differences, and the advantages and disadvantages of each, become more apparent — and more important — during a crisis.

It was in May 1998 that the central government, after years of preparation, formally proposed a plan to decentralize the country’s political apparatus. Ten months later, a bill was submitted to the Diet, which ultimately became law and took effect on April 1,2000.

Historically, most power and money was concentrated in the central government, but the ambitious plan sought to distribute proportionally and equitably the costs, benefits and responsibilities related to infrastructure, transportation and health care.

The arguments in favor of decentralization bore a strong influence on lawmakers when they revised several virus laws earlier this year, providing governors more freedom, authority and responsibility regarding new COVID-19 measures.

In November last year, a government campaign to subsidize domestic tourism became the focal point of this shift in power.

The ¥1.35 trillion Go To Travel campaign began in late July, despite criticism and concerns that subsidizing travel during a pandemic was reckless and counterintuitive.

A nationwide surge in new cases that began in October would push several governors to request the campaign be suspended in their prefectures, and Suga complied — making good on his promise that decisions regarding the travel program would be made in consultation with governors.

The program was suspended in Sapporo and Osaka Prefecture later that month, with Tokyo and Nagoya following about two weeks later and the program being halted nationwide soon after that.

The prime minister’s conscious decision to lean more heavily on local leaders in making national policy decisions was a marked shift, one that continues to fundamentally shape the country’s repeated attempts to stifle the contagion.

“In order to get rid of these political performances and extinguish the virus, the government should take charge on national issues but trust and empower governors to respond locally, ” Doi said. “But the (Suga) administration has weak public support right now so it’s unlikely that will happen.” 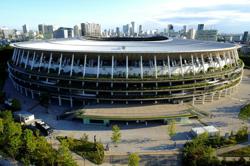