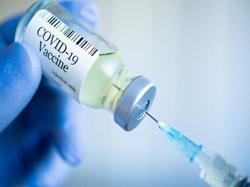 The WHO gave Emergency Use Listing (EUL) to Sinopharm's Covid-19 vaccine on Friday (May 7) afternoon, making it the sixth vaccine and the first made by a non-Western country to receive WHO validation for its safety, efficacy and quality.

This will send a statement to Western media's doubts and questions over the vaccine's authenticity, observers noted.

The other five Covid-19 vaccines previously approved by the WHO were made by Pfizer, AstraZeneca, Johnson & Johnson and Moderna.

The approval allows Sinopharm to become a qualified supplier to the Covax platform that aims to provide two billion doses to developing countries and regions by the end of 2021. As of Friday, 54 million doses had been delivered to 121 participants of the programme.

India was supposed to deliver one billion shots through Covax, but the plan has been halted due to the ongoing severe outbreak in the country.

With a huge supply-demand gap, the world is in urgent need for Chinese vaccines. In most low-income regions, Chinese vaccines are the only choice they have. This comes as the US and Europe are busy grabbing and overbuying shots for themselves, experts said.

The emergency approval for Chinese vaccines will largely expand Covax supply as China's production is likely to reach five billion doses by the end of this year, Tao Lina, a Shanghai-based vaccine expert, told the Global Times on Saturday.

Chinese manufacturers are already providing vaccines to about 80 countries.

The Global Times learned from Sinovac, another Chinese manufacturer whose COVID-19 vaccine is undergoing WHO review for EUL and the result is scheduled to come out next week, that they had produced 300 million doses as of April 28 with about 60 per cent being delivered overseas.

Some experts have expressed concerns over challenges in delivery and application. Especially due to the underdeveloped infrastructure in most developing regions, but Chinese manufacturers are making efforts to tackle these challenges.

The Sinopharm product is an inactivated vaccine called SARS-CoV-2 Vaccine (Vero Cell) that can be delivered through common cold chain with temperatures between 2 C and 8 C. While Moderna vaccine has to be stored in a temperature of at least -20 C, while the Pfizer vaccine at -70 C.

Sinopharm vaccine's easy storage requirements make it highly suitable for low-resource settings, WHO said in a statement on Friday.

The sticker clearly shows the degree of over exposure to high temperatures and ensure the safety of the vaccine's application in different environments, Tao said.

China can assist regions with unsatisfactory infrastructure conditions with cold-chain vehicles as well as training for health workers on vaccination, experts noted.

Some foreign news medias had long been questioning the efficacy and safety of the Sinopharm vaccine due to fewer data on its clinical trials. The data had not been released until the latest document uploaded by the WHO on the assessment of Sinopharm's vaccine.

The WHO document confirms experts have an "overall confidence" in its ability to prevent Covid-19, while having "low confidence" on the risk of side effects for older patients.

WHO said in the Friday statement that they are not recommending an upper age limit for the vaccine because preliminary data and supportive immunogenicity data suggest the vaccine is likely to have a protective effect in older people.

"There is no theoretical reason to believe that the vaccine has a different safety profile in older and younger populations." - Global Times 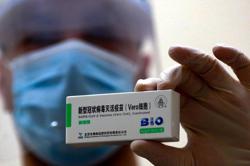