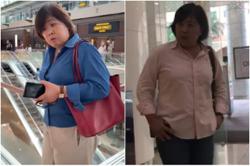 SINGAPORE (The Straits Times/ANN): There were 20 new coronavirus cases, including seven in the community, reported on Saturday at noon (May 8).

Of the seven cases, two are linked to previous cases and had already been placed under quarantine. This takes Singapore's total number of cases to 61,331.

The other 13 cases were imported. They had been placed on stay-home notice (SHN) or isolated on arrival from Singapore, said the Ministry of Health (MOH). Among them were nine Singaporeans or permanent residents.

There were no cases from the workers' dormitories.

More details will be announced on Saturday night.

On Friday, four Covid-19 cases were reported in the community. Three are unlinked, while one case is linked to the Pasir Panjang Terminal cluster.

The first unlinked case is a 72-year-old Singaporean retiree who had been sent to Raffles Hospital for a heart condition on Wednesday.

The man tested positive for Covid-19 the next day even though he was asymptomatic, and his serology test also came back positive - indicating he could be shedding minute fragments of the virus RNA from a past infection which are no longer transmissible and infective to others, said MOH.

"But given that we are not able to definitively conclude when he had been infected, we will take all the necessary public health actions as a precautionary measure," said the ministry.

The ministry said the man routinely visited Tan Tock Seng Hospital Eye Centre for an eye condition, and his last visit was on April 23. He had not been at any of the affected wards and investigations have so far found no evidence that he is linked to the hospital cluster.

The second unlinked community case is a cleaner who works at Park Avenue Rochester, which is a SHN dedicated facility.

The 53-year-old Singaporean did not interact with guests at the hotel.

She developed a runny nose and sore throat at the end of her work day on Wednesday, and a fever the next day.

She sought medical treatment at a general practitioner's clinic and her test result for Covid-19 came back positive on Friday. She was then taken to Singapore General Hospital.

Her serological test result is pending. She had earlier tested negative for the virus during rostered routine testing - the last being on March 29.

The third unlinked case is a senior executive at ship management service company IGWT who mostly works from home. The 48-year-old permanent resident goes onto ships periodically for work, and last boarded one on March 1, MOH said.

The fourth community case is a 58-year-old Singaporean who is linked to the Pasir Panjang Terminal cluster. The unemployed man is a family member and household contact of the 59-year-old trailer truck driver who was confirmed to have Covid-19 on Tuesday. His serology test result is negative.

There were also 21 imported cases who were placed on SHN on arrival in Singapore, said MOH.

Globally, the virus outbreak, which began in December 2019, has infected more than 156 million people. Over 3.27 million people have died. - The Straits Times/Asia News Network 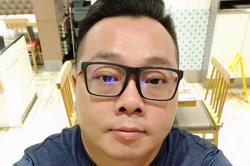