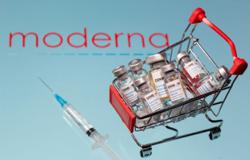 The government will be needing P$90bil (RM25mil) next year for the procurement of Covid-19 vaccines, the country’s pandemic czars told the Senate leadership.

Lacson told INQUIRER.net that among the points raised by Dizon, Galvez, and Magalong during the meeting is the need for the inclusion of a P$90bil vaccine procurement fund in the 2022 budget.

“They will need P$90 [billion] for next year’s vaccine procurement budget to be included in the Regular Budget of DOH (Department of Health) to be itemised for vaccines, instead of putting it under the Unprogrammed Fund in order to ensure its availability, ” he said.

The pandemic czars also told the two senators, according to Lacson, that P$20bil is also needed this year under the proposed Bayanihan 3 for the purchase of vaccines.

“That’s their request but I told them to check with [Department of Budget and Management] first if the amount could be sourced from realignments from other executive agencies with still unused appropriations before we consider to include it in Bayanihan 3, ” he added.

Several bills have been filed in Congress seeking a third Bayanihan measure that aims to aid Filipinos and revive the country’s economy amid the pandemic.

In the House of Representatives, Speaker Lord Allan Velasco said the lower chamber will expedite the approval of the Bill.

The senators and the pandemic czars likewise discussed “immediate legislative action” to rid the Food and Drug Administration (FDA) of “red tape, ” which is “hampering” the government’s pandemic efforts. — Philippine Daily Inquirer/ANN 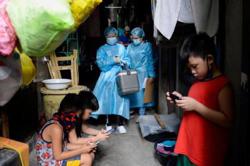