The country has deployed 400 more soldiers in the easternmost region of Papua, an army spokesman said, as an exiled separatist leader warned that the military looked set to launch its biggest security operation in the area in decades.

Last week, President Joko Widodo ordered a crackdown on separatists after an intelligence chief in Papua was shot dead in an ambush.

The battle-hardened 315/Garuda Battalion, whose soldiers got the nickname “Satan troops” after taking part in bloody conflicts in East Timor, are being brought in after a breakdown in dialogue with separatists, said army spokesman Brigadier General Prantara Santosa.

“They are only trained infantry troops, not special forces, ” he said, without specifying where they would be sent and describing their deployment as a routine rotation.

The deployment to the region, where there has been a low-level insurgency for decades, comes after Indonesia recently designated armed Papuan separatists as “terrorists”, a move that activists said could boost the security response in the region.

Benny Wenda, a British-based independence leader who has declared he leads an interim government from exile, warned that it appeared Papua was facing the largest military operations since the 1970s.

“The Internet is being cut off, hundreds of troops are being deployed, and we are receiving reports that West Papuan civilians are fleeing from their villages, ” Wenda said in a statement.

Rights activists say Internet services have been disrupted in the provincial capital of Jayapura and nearby Sentani since April 30.

The government has previously throttled the Internet in Papua during times of heightened political tension, including during mass demonstrations in 2019. — Reuters 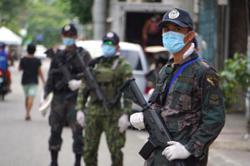 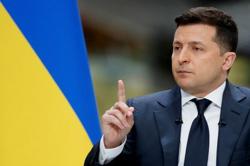