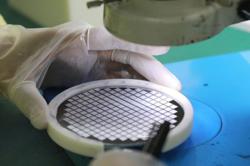 Wuhan’s Communist Party chief Wang Zhonglin is on track to become the governor of Hubei province after rising up the party hierarchy.

Wang, 59, who was appointed to the Wuhan role last year at the height of the Covid-19 outbreak, has been appointed as the new provincial deputy secretary and head of the provincial government’s Communist Party group,﻿ the official Hubei Daily newspaper reported.

These two positions were previously held by the current governor Wang Xiaodong, who is expected to step down soon, putting the other Wang on track to succeed him as head of the provincial government.

The governor disappeared from public view for more than a month in September raising concerns about his health.

Wang Zhonglin was brought in by Beijing to replace Ma Guoqiang as Wuhan party chief last February after a number of senior Communist Party figures in Hubei province were purged following criticism of their handling of the initial stages of the pandemic.

Former Shanghai mayor Ying Yong – whom Wang joined in a Labour Day public appearance after being confirmed in his new positions – was also brought in to replace Jiang Chaoliang as the Hubei party chief.

Wuhan spent 76 days under strict lockdown to stop the transmission of the disease. Official figures say it affected more than 90,000 people in China, half of them Wuhan residents.

Wang caused an uproar in March last year when he said that Wuhan should be taught to be grateful to President Xi Jinping and the Communist Party for their handling of the Covid-19 pandemic.

In April this year, Ying and Wang both praised the city’s speedy recovery at a press conference where they said the economy was at 95 per cent of the pre-pandemic levels and foreign trade had reached record levels in the first quarter.

Observers said Wang Zhonglin is likely to be confirmed as the acting governor next month when the standing committee of the provincial people’s congress meets – an appointment that is likely to be made permanent at the next full meeting of the legislature in February.

They also said Ying, 63, and Wang both have extensive experience in China’s law enforcement apparatus and have long been seen as well-placed for promotion given their recent performance and previous experience working under President Xi Jinping.

Chen Daoyin, a political commentator and former professor at the Shanghai University of Political Science and Law, said both Ying and Wang are “of the right age to reach the next level [on the political ladder] and their background in law enforcement makes them good at executing orders from above”.

In Wuhan, a Lunar New Year rush to pay tribute to Covid-19’s victims

A law professor from Wuhan University said that he expects Ying to be promoted to “a more important role in the near future” as the party reshuffles its top tiers ahead of next year’s national party congress.

The professor, who requested anonymity due to the sensitivity of the topic, said Ying, who is already a member of the party’s Central Committee, “has always been regarded as an important member of Xi’s team”.

“With trust from the top and his track record in Hubei, many political pundits, including me, think that he might have a good chance of promotion to the Politburo.” 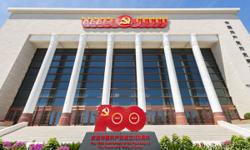