MANILA, May 2 (Philippines Daily Inquirer/ANN): An additional 133 cops have contracted Covid-19, bringing the total of infections among police personnel to 20,398, the Philippine National Police said Sunday.

The additional cases also brought the number of active cases to 1,669, the PNP said.

Furthermore, 142 additional cops were able to survive the severe respiratory disease, raising the total of recoveries to 18,673.

No new deaths were recorded, keeping the death toll at 56, PNP said.

The Philippines' Department of Health (DOH) reported on Saturday 9,226 new Covid-19 infections, bringing the total number of confirmed cases in the Southeast Asian country to 1,046,653.

The Philippines, with a population of 110 million, has tested over 11 million people since the outbreak of the virus in January 2020.

Metro Manila and its four adjacent provinces entered another two-week lockdown on Saturday to decongest the hospitals and curb the transmission of the virus.

Meanwhile, an initial batch of Russia's Sputnik V vaccine for Covid-19 arrived in the Philippines on Saturday (May 1).

The batch "will be used for a dry run in preparation for the arrival of the bulk shipments starting this month," Galvez said in a statement. - Philippines Daily Inquirer/ANN

Philippines , Cops , Covid-19 , Many , Getting Infected 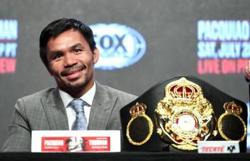 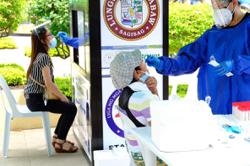