Indonesian President Joko Widodo speaking with the families of the submarine crew members who died on board the KRI Nanggala 402, in Surabaya on April 29, 2021. - AFP

BANYUWANGI, Indonesia (The Straits Times/ANN): Indonesian President Joko Widodo met families of the sunken submarine crew in Sidoarjo, East Java on Thursday (April 29) and gave compensation for the loss of their beloved ones.

“On behalf of the state, government and the people, I offer my deep condolences on the death of the patriots of the KRI Nanggala-402. Hopefully, their souls rest in peace and find the best place beside God, and all their sins are forgiven, ” he said at Juanda naval airbase.

As promised earlier, the government has upgraded the ranks of 53 submariners by one level and will fund the education of their children until undergraduate degrees, he added.

Addressing the wives of the crew members, the President further said: “Houses will be built for you all at your choice of location. They can be in Gresik, Sidoarjo or other places.”

The 44-year-old German-built submarine was taking part in a torpedo-firing drill off Bali last Wednesday when it dove and then lost contact.

More than 20 vessels from Indonesia and other countries, including Singapore’s MV Swift Rescue, were deployed in the search and rescue operation.

The Indonesian authorities announced on Sunday that the submarine was found cracked into three parts on the seabed north of Bali island and all 53 crew members on board were dead.

Investigations into the cause of the incident are ongoing, but the navy has postulated that a strong underwater wave in the area where the submarine was reported missing might have forced it into a quick descent.

On Thursday, the government also granted the submariners star medals Jalasena Nararya for their sacrifice and service.

“This is an honour for all of us, the pride for all of us, for all warriors who have dedicated themselves to guard our sovereignty at sea, ” Admiral Yudo said of the award.

A ceremony to pray and scatter petals for those who perished at sea will be held in Banyuwangi on Friday, led by the Armed Forces commander and the navy chief of staff and attended by the families of the crew. - The Straits Times/Asia News Network 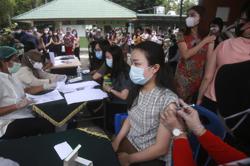 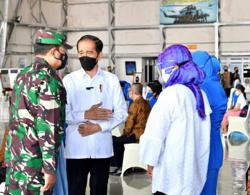