CPTPP opens up prospects for Vietnam's exports to the Americas 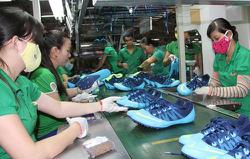 Two years after it came into effect, Vietnam posted improved exports to many CPTPP member countries in the region. — File Photo

HANOI (Vietnam News/ANN): Two years after it came into effect, the Comprehensive and Progressive Agreement for Trans-Pacific Partnership (CPTPP) has helped Vietnam boost its exports and open the door to trade in the Americas, Deputy Minister of Industry and Trade Đỗ Thắng Hải told a seminar in Hanoi on Tuesday (April 27).

With the theme 'CPTPP - Opportunities for Vietnam's Exports to American Markets', the deputy minister told the gathering that economic and trade ties between Vietnam and the Americas have grown robustly in recent years.

In the first quarter of this year, Vietnam posted improved exports to many CPTPP member countries in the region.

Vietnamese Trade Counsellor in Canada Đỗ Thị Thu Hường recommended that Vietnamese companies be active in studying the agreement, particularly regarding preferential tariffs and rules of origin, and to take advantage of e-commerce platforms to connect with their Canadian counterparts.

Participants also pointed to challenges facing ties between Vietnam’s business community and other CPTPP members, including those from the Americas. They include geographical distance, different languages, and a lack of up-to-date market information.