A man rides a bicycle on an empty bridge during a weekend lockdown imposed by the government as a preventive measure against the Covid-19 coronavirus, in Allahabad on April 18, 2021. - AFP

The Indian medical system has, in fact, collapsed. Many hospitals lack oxygen for critically ill patients, and different states and hospitals have said they would "rob" for oxygen. The New Delhi High Court angrily asked the Modi administration to "beg, borrow, steal or import" oxygen to save people's lives.

The Indian government is accused of underestimating the aggressiveness of the coronavirus variant. India not only allowed some large-scale religious activities to be held earlier this year but also did not emphasize basic prevention and control measures such as wearing masks, leading to the recent outbreak of the epidemic.

It took less than two months for India's daily Covid-19 infections to jump from about 10,000 to over 300,000. There has never been such a spread rate anywhere in the world, even during the peak of the US' outbreak.

Currently, Western countries have canceled almost all diplomatic personnel exchanges with India, and are quickly moving to suspend flights from India.

The US, the UK and some other Western countries have expressed their intention to support India's Covid-19 fight, but have not taken actions yet. The US is still restricting the export of vaccine raw materials that India urgently needs.

India's public health system is weak, so is the Indian society's grassroots organizational capability. Relying on India's own strength to deal with the current situation will very likely worsen this humanitarian disaster. Many infected Indian people have died without being treated.

It is very necessary for the international society to cooperate with India to alleviate the epidemic situation. It is all parties' joint responsibility to promote such cooperation together.

China on Thursday has expressed its willingness to provide necessary support and assistance for India to control the epidemic. China-India relations have worsened due to their border disputes. It is a test of whether the two countries can put disputes aside and actively reach urgent cooperation on the Covid-19 fight.

We believe there may be some Indian people who hold a grudge about accepting China's aid. But now, people's lives are at stake, and there is no time for further hesitation.

In fact, there are also some Chinese people who oppose proactively offering help to India. However, the Chinese Foreign Ministry's statement on Thursday is more representative of China's mainstream attitude.

Developed countries such as the US and the UK have dominated the international public opinion's focus on the Covid-19 pandemic and have shaped the Western world's moral view.

Western public opinion has not shown the same concern about India's epidemic situation as it did to that of Europe and the US. Or maybe it is because India's population is too large, and they believe it is not realistic for the West to "save India."

This pandemic shows that the West's getting closer to India is more in a geopolitical sense. There is actually a gap of people's livelihoods and public interests between them. Their closeness to each other is fragile and superficial.

China and India feel more empathy for each other. In terms of fundamental interests, including development and improvement of people's livelihood, the two countries should have been partners in the same camp.

But it is a pity that the significance of border disputes is amplified, concealing the true bond of China-India relations and blurring the two countries' huge common interests.

What should be the essence of a country's foreign relations? What is national security comprised of and what are the priorities? These are worth thinking about. At present, geopolitics continues to hold an overwhelming position in international relations, which is not in line with the actual challenges faced by the world today.

The Covid-19 pandemic has exposed the seriousness of this problem. Human society needs the ability to seek truth from facts and get out of this dilemma.

Can China and India take an active exploratory step in this direction together? People will have to wait and see. - GLOBAL TIMES 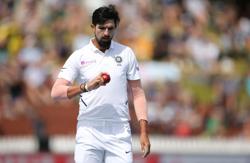