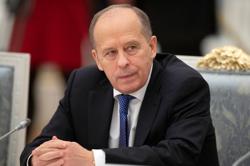 BEIJING, April 23 (AP): Asian stock markets were mixed Friday after Wall Street fell following a report that President Joe Biden will propose raising taxes on the wealthiest investors. Shanghai, Hong Kong and Seoul rose while Tokyo and Sydney retreated. Wall Street's benchmark S&P 500 index lost 0.9% overnight after Bloomberg News, citing unidentified sources, said Biden will propose raising taxes on people who make more than $1 million on stock trades. That added to a mix of better corporate profits and U.S. hiring, unease that inflation and interest rates might rise and renewed coronavirus infections that have prompted some governments to tighten anti-disease controls. Investors are struggling "to navigate through a very muddled global outlook" and earnings reports that have "priced in a slow return to pre-pandemic life,” said Edward Moya of Oanda in a report. The Shanghai Composite Index rose less than 0.1% to 3,466.68 while the Nikkei 225 in Tokyo lost 0.8% to 28,960.35. The Hang Seng in Hong Kong gained 0.9% to 29,014.32. The Kospi in Seoul advanced 0.2% to 3,183.58 while Sydney's S&P-ASX 200 shed 0.1% to 7,045.60. India's Sensex opened up less than 0.1% at 48,096.32. New Zealand and Jakarta rose while Singapore and Bangkok retreated. Selling on Wall Street was widespread following the report about Biden's tax plan. According to Bloomberg, it would raise the capital gains tax to 39.6% for investors who make more than $1 million, or more than double the current rate for Americans in that income bracket. It said a separate surtax on investment income could boost the total tax rate for wealthy investors as high as 43.3%. Technology stocks, banks and companies that rely on consumer spending accounted for much of the skid. Treasury yields held mostly steady. The S&P 500 declined to 4,134.98. It is down 1.2% for the week after hitting a high on Friday. The Dow Jones Industrial Average fell 0.9% to 33,815.90. The Nasdaq composite slid 0.9% to 13,818.41. The last round of U.S. government stimulus helped to lift retail investors in the biggest global market. Now, investors are weighing other proposals out of Washington, including tax changes and Biden's proposed $2.3 million infrastructure spending package. Investors also are looking for signs of possible economic improvement as the bulk of companies in the S&P 500 are reporting quarterly results. Also Thursday, the Labor Department reported the number of Americans applying for unemployment benefits fell again last week to its lowest level since the pandemic struck. China, the world's second-largest economy and a major importer, rebounded late last year and the United States is showing solid signs of recovery. Europe and other parts of the world lag behind. In energy markets, benchmark US crude rose 50 cents to $61.93 per barrel in electronic trading on the New York Mercantile Exchange. The contract advanced 8 cents on Thursday to $61.43. Brent crude, used to price international oils, gained 42 cents to US$65.82 per barrel in London. It added 8 cents the previous session to US$65.40 a barrel. The dollar declined to 107.89 yen from Thursday's 108.10 yen. The euro advanced to $1.2029 from $1.2008. - AP
Article type: metered
User Type: anonymous web
User Status:
Campaign ID: 46
Cxense type: free
User access status: 3
Join our Telegram channel to get our Evening Alerts and breaking news highlights