BANGKOK (Bloomberg): Thailand aims to only sell zero-emission vehicles in the country from 2035 as it works to transform itself from a Southeast Asian hub for the production of conventional autos to one making electric cars.

"We can see the world is heading in that direction so we have to move quickly, ” Kawin Thangsupanich, an adviser to Energy Ministry’s national policy committee, said in an interview.

"We want to capture that growth post-pandemic, and we have the ambition to be the production center because we already have the existing supply chains.”

The automotive industry is one of Thailand’s most important sectors. It contributes to about 10% of the economy, employs 850,000 workers, and supports industries from iron and steel to petrochemicals and plastic. About half of the cars made in Thailand are exported to countries including the Philippines, Indonesia and Malaysia.

Thailand’s bold plan also sets a target of having electric vehicles account for 50% of all new car registrations by the end of the decade, up from 30% previously.

Now that the country has set a target date for phasing out combustion-engine cars, the next step for the government will be to facilitate that transition, by offering tax incentives, building out the appropriate infrastructure and developing regulations that promote EV manufacturing, Kawin said.

Consumers also need to be incentivized to buy such cars, he added.

”If we let the EV adoption happen naturally, it could take too long, ” said Yossapong Laoonual, honorary chairman of the Electric Vehicle Association of Thailand.

"As a producer, setting a clear target makes the country more attractive for investment.”

Battery electric vehicles currently make up less than 1% of cars in Thailand, data from the Electric Vehicle Association of Thailand show. But while the Thai EV market is still small, it showed "great resilience” last year despite the pandemic denting overall auto sales, according to BloombergNEF analyst Allen Tom Abraham. EV car sales increased 1.4% in 2020, while regular auto sales slumped 26%. 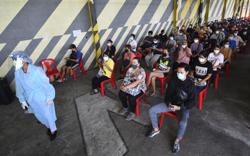 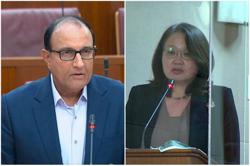