Selfless initiative: Non refilling the Maginhawa Community Pantry which she set up to help people who are badly affected by the pandemic. — Philippine Daily Inquirer/ANN

The Makabayan bloc in the House of Representatives has called for an investigation on the alleged profiling and red-tagging of community pantry volunteers and organisers.

In a resolution filed yesterday, the Makabayan bloc said organisers and volunteers of the community pantries “do not deserve to be subjected to harassment and baseless accusations from the government itself that failed to deliver such services to the Filipino people”.

“It’s sad because we cannot for the meantime distribute the goods that we had prepared the whole day because of the red-tagging that is happening, ” she said on Facebook.

Various activist and human rights groups have said that red-tagging had resulted in violent and fatal attacks on individuals and groups that had been labelled as communist fronts or supporters.

One of the screenshots included in Non’s Facebook post showed that the National Task Force to End Local Communist Armed Conflict and Quezon City Police District shared posts saying that community pantries are being used for propaganda of communist groups.

Non likewise shared that three members of the police force asked for her number and her affiliations.

He also ordered the investigation of police officers purportedly involved in the red-tagging of the organisers and volunteers.

President Rodrigo Duterte backs these citizens’ initiatives to provide food aid to the needy who are struggling to survive the pandemic which had crippled the economy, according to his spokesperson. — Philippine Daily Inquirer/ANN 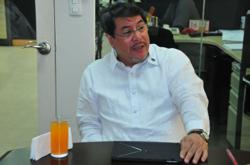 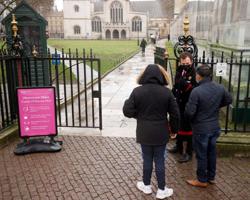