Participants release a mask from an earth-shaped balloon as they perform a skit against climate change during the Earth Day ceremony in Seoul, South Korea, on April 22, 2021. - AP

WASHINGTON (The Straits Times/ANN): All 40 world leaders who were invited to the climate summit hosted by US President Joe Biden have confirmed their attendance, setting up a meeting of the world's largest polluters and economies with the purpose of galvanising countries to do more to combat climate change before time runs out.

Also attending are top officials, corporate executives and global figures such as Pope Francis and philanthropist Bill Gates, who are both scheduled to give speeches.

Biden and Vice-President Kamala Harris will start the inaugural session, and underscore the urgent need for the world's major economies to set tougher climate policies so that the goal of limiting global warming to 1.5 deg C can be reached.

Thursday's morning session will give the leaders an opportunity to highlight the climate-related challenges their countries face and the efforts they are undertaking, and to announce new steps to strengthen climate ambition, said the White House.

The United States is likely to release its updated climate target, which is expected to be a vow to cut US emissions by around 50 per cent below 2005 levels by 2030. This target is a nationally determined contribution (NDC) required by the Paris Climate Agreement, which countries that are part of the treaty must periodically update.

"We'll bring our own NDC to the table, but we're looking for others to also raise their ambition," a US senior administration official told reporters in a briefing on Wednesday.

The US -- the second-largest emitter of greenhouse gases behind China -- is responsible for just under 15 per cent of global emissions, while the rest of the world collectively contributes 85 per cent of emissions.

"That doesn't mean we don't have to act, we clearly do and we are under this administration, but that also means the rest of the world has to raise their ambition, and the point of that summit is to galvanise that action. To bring people to the table to talk about what is possible and how to move forward," the official added.

Other expected announcements include new climate targets by Japan and Canada, as well as fresh plans from South Korea, Europe and Australia, although not all will meet the expectations of activists.

Swedish environmental activist Greta Thunberg urged leaders to move beyond "big words and little action" in a Vogue commentary on Wednesday, arguing that many targets were "full of gaps and loopholes", for instance, by leaving out emissions from imported goods and international aviation and shipping.

"The gap between our so-called climate targets and the overall, current best-available science should no longer be possible to ignore," she wrote.

The climate summit will include a session on climate finance, as well as breakout sessions throughout the two days focusing on innovation, jobs, nature-based solutions and security.

Thursday's climate finance session will highlight the urgent need to scale up financing for actions that mitigate climate change, efforts to increase public finance for developing nations, and to shift trillions of dollars of private investment to finance the global transition to net zero emissions by 2050, said the White House.

On Friday, the Biden administration -- which is betting on emerging clean energy technologies as a creator of jobs -- will highlight "the critical role of technological innovation in achieving a net-zero, climate-resilient economy" as well as "the enormous economic opportunities in building the industries of the future".

The economic opportunities of climate action will be discussed, particularly job creation, with a focus on ensuring that all communities and workers benefit from the clean-energy transition. - The Straits Times/Asia News Network 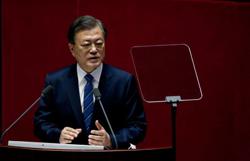