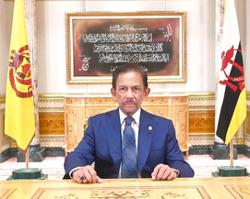 During his speech on April 20, the Sultan said that the Belt and Road Initiative is a significant plan that would contribute to regional connectivity and further enhance the economic landscape. - BB

BANDAR SERI BEGAWAN (Xinhua): The Belt and Road Initiative would further complement the revitalisation of economies, said Brunei's Sultan Hassanal Bolkiah during a special speech via recorded video at the Opening Plenary of the Boao Forum for Asia (BFA) Annual Conference 2021 in Boao, China.

According to local media reports on Wednesday (April 21), the Sultan was invited by Secretary General of the BFA Li Baodong to deliver the speech as the Chair of the Association of Southeast Asian Nations (Asean) for 2021.

During his speech on Tuesday, the Sultan said that the Belt and Road Initiative is a significant plan that would contribute to regional connectivity and further enhance the economic landscape, which could also present opportunities to work together in many areas and through sub-regional fora such as BIMP-EAGA (The Brunei Darussalam-Indonesia-Malaysia-Philippines East Asean Growth Area).

He said that this year is another milestone in the history of relations with China as this year marks the 30th anniversary of Asean-China dialogue relations as well as the establishment of diplomatic relations between Brunei and China.

The Sultan said that during this difficult time, Asean countries have shown solidarity and joined hands to mitigate the impacts of the Covid-19 pandemic, without losing sight of the integration efforts.

He also said that the signing of the Regional Comprehensive Economic Partnership (RCEP) Agreement last year not only demonstrated the concerted efforts of its member countries towards advancing international trade cooperation, but it will also help to strengthen regional recovery efforts.

Before concluding the speech, the Sultan looked forward to the continuous strengthening of Asean-China cooperation to maximise the prospects and efforts towards achieving regional sustainable economic growth.

The BFA Annual Conference 2021 was held on April 18-21 and coincided with the 20th anniversary of the forum. This year's forum is themed "A World in Change: Join Hands to Strengthen Global Governance and Advance Belt and Road Cooperation". 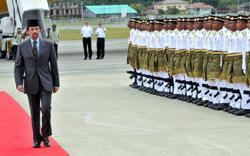