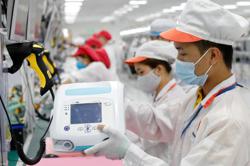 HANOI, April 19 (Reuters): Vietnam's first domestic car manufacturer, VinFast, has announced that it is considering various fund raising opportunities and investments, including an equity investment via a special-purpose acquisition company (SPAC) or an IPO. Vinfast, a unit of Vietnam's largest conglomerate Vingroup JSC, said in a statement "any potential fundraising will be subject to different factors such as market conditions." The comments came after sources told Reuters last week that Vingroup was considering an initial public offering (IPO) in the United States for VinFast in a deal that could value the carmaker at about $60 billion. The sources said Vingroup, a sprawling conglomerate with interests ranging from real estate to smartphones and televisions, was working with Credit Suisse Hong Kong for the potential offering on the New York Stock Exchange. Sources said last month Taiwan's Foxconn was in early stage talks with VinFast about partnering in electric vehicles. Meanwhile, Vingroup is also looking to establish a second VinFast automobile plant in the country, according to documents submitted to local authorities which were reviewed by Reuters. The planned construction would be on a 3,700 acre plot in the northern central province of Ha Tinh, be developed by Vingroup's Vinhomes property unit and house a new car plant and supported facilities, according to the documents, which were submitted to the Ha Tinh People's Committee on April 13. News of the expansion comes after sources told Reuters that VinFast, Vietnam's first domestic car manufacturer, was considering an initial public offering in the United States in a deal that could value the carmaker at about $60 billion. The new plant will be for producing and assembling cars and parts, the statement said. - Reuters
Article type: metered
User Type: anonymous web
User Status:
Campaign ID: 46
Cxense type: free
User access status: 3 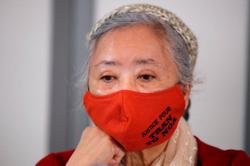