All images from The Nation Thailand/ANN

BANGKOK, April 18 (The Nation Thailand/ANN): Thailand on Sunday reported a new daily record of 1,767 Covid-19 cases and two additional deaths as the government's fresh round of restrictions came into effect amid the third wave of infections.

The latest outbreak, reportedly spreading from entertainment venues in the capital Bangkok, has led Thailand's daily tally to rise from only 26 on April 1 to near 1,800, bringing the national cumulative caseload to 42,352.

Of Sunday's new confirmed cases, 1,765 were domestic infections while two others were confirmed in quarantine facilities, said Taweesin Visanuyothin, spokesman of the Center for the Covid-19 Situation Administration (CCSA).

The death toll in the country has risen to 101, according to Taweesin. 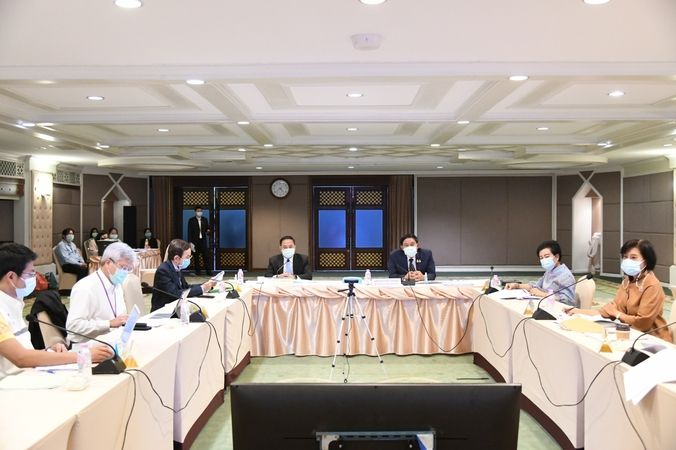 To stem the latest outbreak, which likely to delay the government's plans to welcome back foreign tourists, the country closed schools, prohibited gathering of over 50 people and banned sales of alcoholic drinks in restaurants for at least two weeks starting from Sunday.

The new wave, which began early this month, has spread to more than 70 provinces of the country and infected more than 10,000 people, some of them with the fast-spreading Covid-19 variant first detected in Britain.

Meanwhile, the Bangkok Metropolitan Administration (BMA) announced additional measures in a bid to contain the Covid-19 outbreak, in line with the Centre for Covid-19 Situation Administration’s decision to place Bangkok and 17 other provinces in red zone, or highest control area.

“In the red zone provinces, tighter measures will be enforced for 14 days from April 18,” said Governor Pol General Aswin Kwanmuang.

BMA spokesman Phongsakorn Kwanmuang added that hospitals in the province have a combined capacity of treating 9,183 Covid-19 patients.

Currently up to 4,939 patients are being treated.“Patients who have none or non-progressive symptoms would be transferred to hospitels, or hotels that have been converted into treatment facilities to reduce crowdedness at hospitals,” he said. - The Nation Thailand/ANN