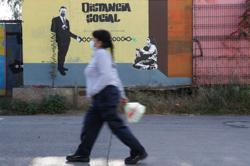 The vaccine becomes effective 14 days after injection of two shots and the shots are administered with a 28-day interval.

In previous reports, CoronaVac showed a 100 percent efficacy rate against severe disease or admission to ICU during Phase III clinical trials in Brazil.

Real world usage is different from trials. Real world data is based on big data analysis and has a strict definition of clinical cases, a Sinovac employee explained to the Global Times.

Chile's study examined CoronaVac’s effectiveness among 10.5 million people, and looked both at people who had been vaccinated and those who had not, Reuters reported.

Of the total number of people vaccinated, 5,126,051 have got both doses, or 32.7 percent of the target population in Chile, and 90.1 percent were inoculated with Sinovac’s vaccine, while 9.9 percent received the Pfizer vaccine.

The official report came days after a report on the efficacy of CoronaVac conducted by a team from the University of Chile, which claimed that the vaccine is 56.5 per cent effective in protecting recipients two weeks after the second dose, and 27.7 percent effective within the first two weeks.

But for a single dose, efficacy in the 28 days between the first and second dose was only three percent, according to the university report, which has been used by some foreign media reports in alarming headlines saying that a single shot of the vaccine does not offer protection. - Global Times