A health worker takes a swab sample under mobile phone torchlight during a power cut at a temporary Covid-19 testing site at the Jawahar Lal Nehru Stadium in New Delhi, India, on Friday, April 16, 2021. India is in the grip of a second wave of Covid-19 infections that has caught the federal and state governments unprepared, with local media reporting that patients are dying due to a shortage of oxygen and hospital beds. - Bloomberg

Hopes that South Asian countries might have beaten the pandemic have been dashed with India seeing over two million new cases this month alone and Bangladesh and Pakistan imposing shutdowns.

After a national lockdown a year ago led to hundreds of deaths and one of the worst slumps of any major economy, the Indian government is desperate to avoid a second stoppage. 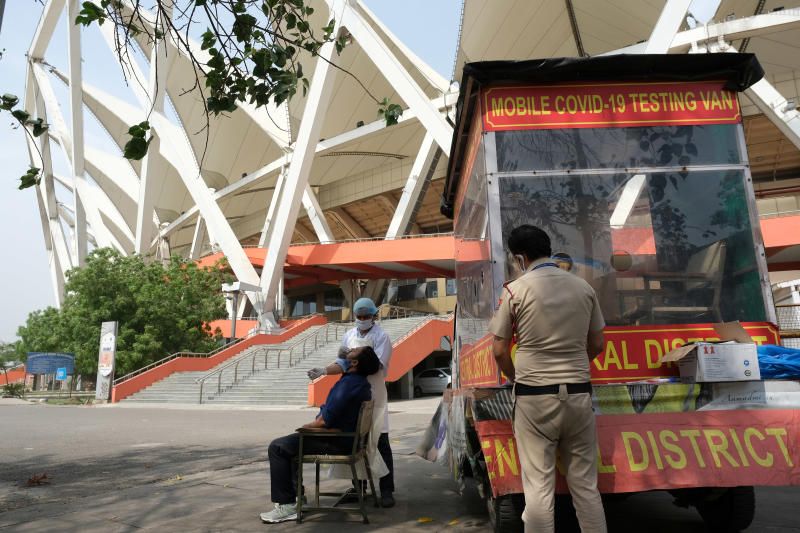 Many states are however clamping down, including hotspot Maharashtra, industry-heavy Gujarat and IT hub Bangalore's home state Karnataka, although restrictions are less onerous than last year.

Uttar Pradesh state, home to some 240 million people, on Friday announced that all villages and cities would be under lockdown for one day on Sunday.

In the capital New Delhi, which has overtaken Mumbai as the worst-hit Indian city, restaurants, malls, gyms and spas were shut for the weekend.

Weddings though can go ahead with guests limited to 50, while a maximum of 20 people can attend funerals. Movie theatres can open with one-third capacity.

"Don't panic. All essential services will be available through the weekend," the city of 25 million people's chief minister Arvind Kejriwal said. 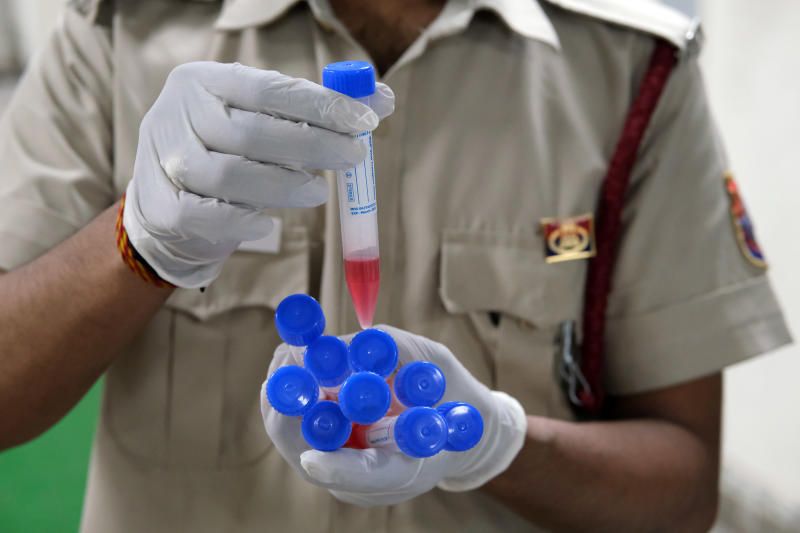 Similarly, the northern state of Uttarakhand has restricted gatherings to 200 people -- but exempted the vast ongoing Hindu festival Kumbh Mela.

The gathering in Haridwar has attracted as many as 25 million people since January, including some 4.6 million this week alone, with most people ignoring Covid-19 guidelines.

One seer on Thursday died from the virus and 80 other holy men have tested positive, and experts fear that the millions of devotees will now take the virus back to their home towns and villages.

Election rallies are also going ahead in the eastern state of West Bengal, with Home Minister Amit Shah attending two roadshows and one public meeting on Friday alone.

In state capital Kolkata, railway employee Samaresh Tapna fell sick after attending one such gathering and was hospitalised. 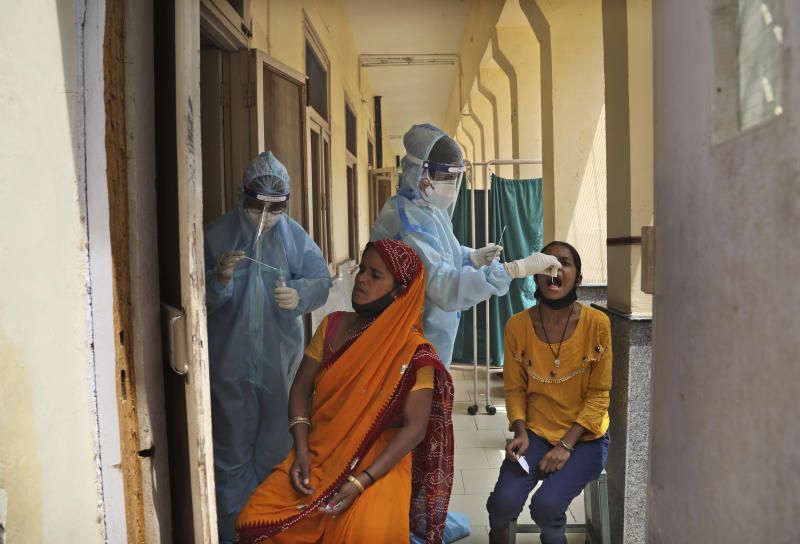 Hospitals are running short of oxygen and coronavirus medicines such as Remdesivir, prompting desperate people to pay exorbitant rates on the black market.

Social media is full of horror stories of desperate calls to help a loved one needing hospital treatment for Covid-19 or other complaints.

"I lost a cousin on Saturday. He was not admitted after a stroke. Tried 4 hospitals," read one message on a Delhi neighbourhood WhatsApp group this week.

In a disturbing new trend, doctors told AFP they had seen an increase in the number of Covid-19 patients aged under 45, including children.

India's drive to vaccinate its 1.3 billion people has also hit obstacles, with just 117 million shots administered so far and stocks running low, according to some local authorities.

"(It is) understandable that many people are sick of the restrictions and want to resume normal life. We must redouble our efforts to contain this disease as too many lives are at stake," said Udaya Regmi from the International Federation of Red Cross and Red Crescent Societies (IFRC).