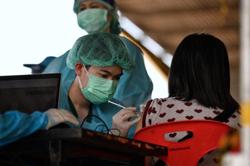 BANGKOK, April 17 (The Nation Thailand/ANN): Thailand registered 1,547 new COVID-19 cases in the last 24 hours, raising the total number in the country to 40,585, the Center for the Covid-19 Situation Administration (CCSA) said Saturday.

Of the new cases, 1,544 were domestic infections and three others were quarantined arrivals, CCSA spokesman Taweesin Visanuyothin said.

As of Friday, a total of 605,259 Covid-19 vaccine doses had been administered in Thailand as the country recently accelerate its inoculation campaign, according to the official data.

So far, 28,570 patients have fully recovered and been released from hospitals while 11,916 others are currently hospitalised.

Meanwhile, in the last 24 hours, 13,374 people have been given their first shot of the Covid-19 vaccine and 5,853 their second shot, bringing the total number of Covid vaccines administered in Thailand to 605,259. 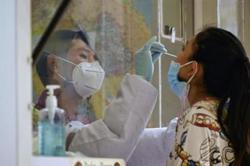