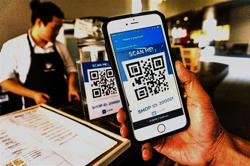 A health worker in personal protective equipment cleans a makeshift room used by a recovered Covid-19 patient in a quarantine facility in Manila, Philippines, on April 15, 2021. - Reuters

MANILA, April 17 (Xinhua): The Philippines' gross international reserves (GIR) level settled at US$104.82 billions as of end of March, compared to US$105.16 billion a month earlier, according to data from the Philippine central bank.

"The latest GIR level represents a more than adequate external liquidity buffer, which can help cushion the domestic economy against external shocks," the Bangko Sentral ng Pilipinas (BSP) said in a statement

The BSP said the buffer is equivalent to 12 months' worth of imports of goods and payments of services and primary income.

Moreover, the BSP said the buffer is also about 7.5 times the country's short-term external debt based on original maturity and 5.3 times based on residual maturity.

"The month-on-month decrease in the GIR level reflected outflows mainly from the net withdrawal in the national government's foreign currency deposits with the BSP, which were largely used for debt servicing, and a downward adjustment in the value of BSP's gold holdings due to the decrease in the price of gold in the international market," the BSP said.

Meanwhile, the Philippines' Department of Health (DOH) reported on Saturday (Apr 17) a total of 11,101 new Covid-19 infections, bringing the total cases in the South-East Asian country to 926,052.

The death toll climbed to 15,810 after 72 more patients died from the viral disease, the DOH said.

The DOH said the active cases in the country ballooned to 203,710, including nearly 900 health care workers.

The DOH said that at least 16,864 frontline medical workers, mostly nurses and doctors, contracted the virus since the disease emerged in the country in January last year. It added that 87 health care workers have succumbed to the disease as of April 15.

The government is continuing its efforts to vaccinate the frontline medical workers. The country has over 1.7 million nurses. 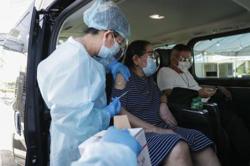 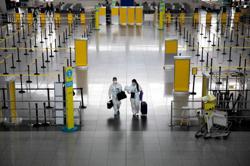