MANILA, April 17 (Xinhua): The Philippines is committed to reducing greenhouse gas emissions by 75 per cent by 2030 to achieve the goals of the Paris Agreement on Climate Change, the Department of Finance (DOF) has announced.

"The NDC represents the country's goal of modernizing and pursuing low carbon and resilient development for the agriculture, waste, industry, transport, and energy sectors over the 2020-2030 period," the DOF said in a statement.

The DOF said the target is based on the country's projected business-as-usual cumulative economy-wide emission of 3,340.3 metric tons of carbon dioxide equivalent for the same period.

"The NDC will be our tool to upgrade our economy by adopting modern and low carbon technologies and approaches that would help mitigate the climate crisis and make our economy more resilient and our growth sustainable," said Finance Secretary Carlos Dominguez, the chairman-designate to the Climate Change Commission which facilitated the NDC formulation process.

Of the 75-percent target, he said 72.29 percent is "conditional" or contingent upon the support of climate finance, technologies, and capacity development, which shall be provided by developed countries, as prescribed by the Paris Agreement.

He added the remaining 2.71 percent is "unconditional" or shall be implemented mainly through domestic resources.

"We expect that developed nations, which historically caused the global climate crisis, will deliver their commitments to the Paris Agreement with the right speed and scale," he said. 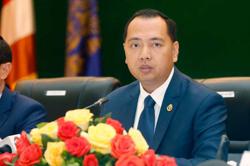 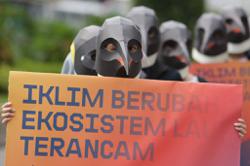