Beijing: China’s plan to build a global transport and logistics network will establish a safe and stable system expected to boost trade and economic development around the world, according to officials and experts.

A policy document jointly unveiled by the Communist Party of China Central Committee and the State Council, China’s Cabinet, earlier this year stated that by 2035, China will significantly improve its international transport and logistics network, including land, railway, maritime, air and mail routes.

The document proposed transforming about 20 cities into international hubs, including Beijing, Tianjin, Shanghai and Chongqing municipalities, Nanjing in Jiangsu province, Hangzhou in Zhejiang province as well as Guangzhou and Shenzhen in Guangdong province.

The hubs will include railway centres in Beijing and Urumqi, capital of the Xinjiang Uygur autonomous region, ports in Shanghai and Dalian, Liaoning province and flight hubs in Shanghai and Chengdu, Sichuan province.

Forty international mail centres will also be built to handle post and parcels from around the world, the policy document said.

Logistics networks will be established to ensure parcels are delivered to neighbouring countries in two days and reach major international cities within three days.

Li Xiaopeng and Yang Chuantang, Party chief of the Ministry of Transport, said in a co-authored article published in the guideline’s reference book that China will continue to promote infrastructure connectivity around the world and make international transportation more convenient. The safety and reliability of the global transport network and logistics supply chain system will also be enhanced.

China has already built a strong air and maritime transport network around the world, which will serve as the foundation to further promote global connectivity.

By 2019, seven out of the world’s top 10 maritime ports handling shipping containers by volume were Chinese, according to the reference book.

The freight train service between China and Europe reaches 92 cities in 21 European countries.

“It is not only China’s ambition to develop an international transport network, but also a goal shared by the world, ” said Fan Yijiang, researcher of the National Development and Reform Commission’s Institute of Comprehensive Transportation. — China Daily/ANN 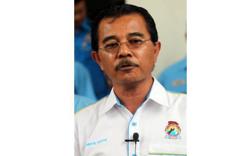