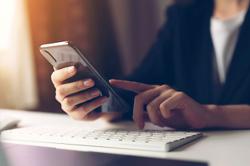 The sole Covid-19 case reported in the community on Wednesday (April 14) has been linked to three other cases in the country.- ST FILE

SINGAPORE (The Straits Times/ANN): The sole Covid-19 case reported in the community on Wednesday (April 14) has been linked to three other cases in the country, prompting the Ministry of Health (MOH) to announce a new local cluster.

The patient, a 44-year-old Papua New Guinea national, arrived in Singapore from Australia on March 25 on a short-term visit pass for a work project.

Two of the other cases in the cluster are his co-workers, who arrived on a separate flight from Papua New Guinea, said MOH.

They were identified as the close contacts of another case, previously reported, who was on the same flight - a 50-year-old Colombian national, also here for work.

The latest patient in the cluster tested positive for the coronavirus infection on March 30.

The 44-year-old Papuan had previously tested negative for the virus five separate times - including once in a pre-departure test in Australia on March 23 and on arrival in Singapore on March 25.

MOH said that prior to being quarantined on April 1, he was on a controlled itinerary in Singapore that was largely limited to his place of work and his accommodation.

He was quarantined after being identified as a close contact of the cases in the cluster, and tested negative for the virus on April 2.

However, another swab done on him on April 12 came back positive for the virus. He was then taken to the hospital in an ambulance.

"We have classified this case as locally transmitted as he had repeatedly tested negative for Covid-19 before April 12," said the ministry.

"He was likely to have been infected through his exposure to cases 61461 and 61470 during the course of their work," added the ministry.

This is the first active local cluster since March 25, when MOH announced the closure of the cluster involving a Singapore Airlines cabin crew member and her husband.

There were also 26 imported cases reported by MOH, taking the daily total to 27 - and Singapore's tally to 60,719.

With 18 cases discharged on Wednesday, 60,377 patients have fully recovered from the disease.

A total of 61 patients remain in hospital, including two in critical condition in the intensive care unit, while 236 are recuperating in community facilities.

Singapore has had 30 deaths from Covid-19 complications, while 15 who tested positive have died of other causes. - The Straits Times/Asia News Network 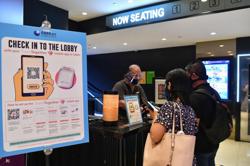 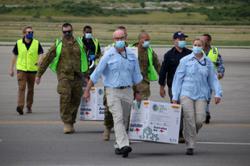