The tourism sector in Phú Yên Province has prepared different incentive packages for the upcoming holiday season. Vietnam is focusing on local tourists as Covid-19 has cancelled international tourism since 2020. — VNA/VNS

HANOI (Vietnam News/ANN): While Taiwan and the Pacific island nation of Palau implemented a travel bubble on April 1, letting tourists travel between the two countries without any quarantine, experts think doing the same thing in Viet Nam wouldn't be easy.

A McKinsey & Company research report titled 'Reimagining tourism: How Vietnam can accelerate travel recovery' released in late March said: “Betting on travel bubbles cannot in itself be a strategy in the short term, as international arrivals are expected to remain low in 2021, and foreign demand will not return to 2019 levels before 2025.”

The researchers said Vietnam needs to protect the status quo of having near-zero rates of Covid-19 cases and cannot risk opening its borders until herd immunity is reached, most likely through mass vaccinations, so it could take some time before foreign tourism returns at scale.

Hà Văn Siêu, deputy director of the Vietnam National Administration of Tourism, told local media: “Though Vietnam plans to open up to international markets, however, domestic tourism still plays a key role in the new normal.”

Siêu said domestic tourists had always been a large market, but different segments within the market had not been identified, adding that those who travelled abroad in the past could become high-end tourists for the domestic market.

“Domestic tourism needs a new level of development while the plan to reopen the international tourism market must also be prepared with full itineraries, accompanied by conditions and strict regulations," Siêu added.

Trần Trọng Kiên, chairman of the Vietnam Nam Tourism Advisory Board, said: “Tourism businesses also need to be ready to welcome international visitors as soon as the opportunity arises.”

“The tourism industry contributes nearly 10 per cent of GDP but it was almost destroyed with the pandemic in 2020 and early 2021 as nearly 6 million direct and indirect workers in the industry lost their jobs," he added.

The chairman said although domestic tourism was considered a "lifesaver" for the market at the moment, in terms of revenue, the domestic market with more than 80 million visitors could only contribute less than 40 per cent of total industry revenue, the rest was from the 18.5 million international tourists.

“It is very necessary to be ready to pilot plans, step by step, to welcome back international tourists," Kiên said.

While a travel bubble would be hard to implement in Vietnam, Kiên said 'vaccine passports' should be applied as a timely solution if Vietnam is to avoid missing the opportunity for economic recovery and development.

“Without international tourism, the industry will find it very difficult to recover," Kiên said.

The chairman suggested welcoming international tourists with a vaccine passport in destinations not favoured by local tourists.

“Workers at the resorts should be vaccinated and tested periodically too, ” he added.

Bình said if many countries restored international tourism with the vaccine passport, Vietnam must not be slow.

“We must carefully and seriously consider the safety and lives of the people, but also need to think about development," Bình said.

The flights would initially be on routes between Việt Nam and Japan, the Republic of Korea, and Taiwan (China). — Vietnam News/Asia News Network 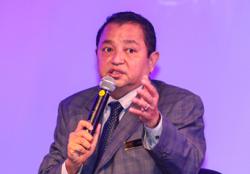