BANGKOK (The Nation/ANN): Eight provinces have been named hotspots because their number of recent cases in the third wave has exceeded 100, Dr Opas Karnkawinpong, director-general of the Disease Control Department, said on Wednesday (April 14).

Since April 1,5, 712 Covid-19 cases have been confirmed with most patients being asymptomatic or having mild symptoms.

Most infections are believed to have been picked up at entertainment venues like pubs, bars, karaoke outlets as well as among students who visited high-risk areas during school vacations.

Dr Opas called on people who have returned to their hometowns for Songkran holidays to keep their guards up as infections among family members are rising.

Dr Opas has also urged people in at-risk provinces to work from home for at least two weeks and maintain protective measures.

The Department of Disease Control and International Health Policy Programme agency have created a mathematical model to estimate the number of daily Covid-19 cases in 2021, based on four main measures.

The model considers five possible situations.The results of the study showed the likely number of new patients daily for the next month.

> 391 projected average cases per day with 303 the lowest per day and 484 the maximum. - The Nation/Asia News Network 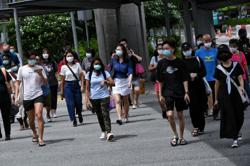 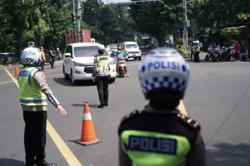